While the 13th edition of Indian Premier League has started in a cracking way, it has witnessed two super over games so far, including the Royal Challengers Bangalore and Mumbai Indians game on Tuesday in Dubai. Apart from the batsmen, a few bowlers also performed well and it was none other than youngster Washington Sundar, who took the limelight with his stunning bowling spell and returned with the figures of 12/1 in 4 overs. 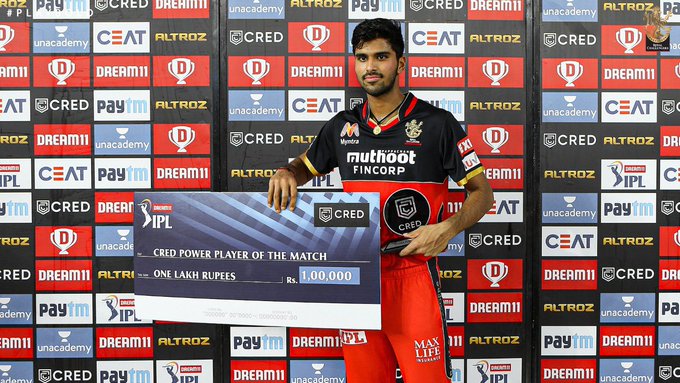 Meanwhile, his stunning show with the ball impressed Indian cricket team’s head coach Ravi Shastri who applauded the bowler for giving the batters a tough time in UAE. He took to Twitter and tweeted, “In a batsman’s world – from Chennai to Washington. Best IPL performance so far in 2020. Special.”

In a batsman’s world – from Chennai to Washington. Best IPL performance so far in 2020. Special ✊ #IPL2020 #RCBvMI pic.twitter.com/xIW97CnIxB

Washington Sundar’s bowling troubled many including Mumbai Indians captain Rohit Sharma where he was trying to hit a big shot in the second over but eventually dismissed as Pawan Negi did no mistake while taking the catch at the deep mid-wicket.

However, Sundar continued to bowl economically for the next three overs and didn’t give away a single boundary in his entire spell as well. His four overs spell restricted Mumbai’s run-chase a lot which nearly helped his side to reach the finish line.

While chasing 202, Mumbai Indians were struggling at 78/4 in the 12th over. At that time, Mumbai youngster Ishan Kishan (99) and Kieron Pollard (60*) took the charge. They built a 119-run partnership and ended up scoring the same as the game went on to super over.

In the super over, Mumbai could manage only 7 runs, which RCB chased down off the final ball where the captain Virat Kohli hit the winning shot. Meanwhile, Rohit Sharma later revealed the reason why the in-form Ishan Kishan – who smashed a swashbuckling knock in their chase, didn’t bat when the game ended in a tie. Rohit said that the youngster was physically so drained that he was struggling to come out and bat again for the Super Over.