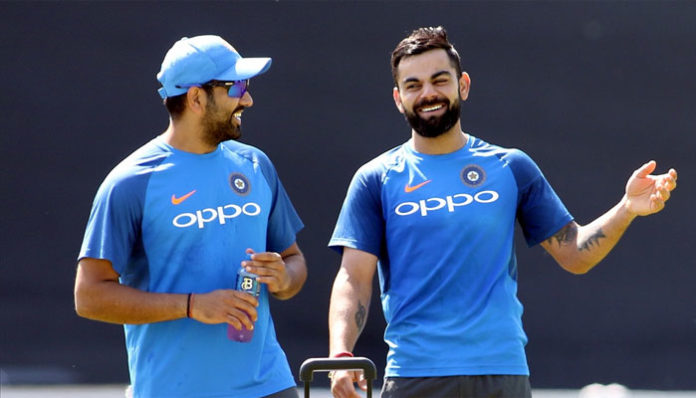 Ravi Shastri has finally given his opinion on the alleged Rohit Sharma-Virat Kohli rift declaring that Rohit Sharma wouldn’t have scored five hundreds in the World Cup if there were serious differences between him and skipper Virat Kohli. The Indian head coach denied all the speculations surrounding the issue saying that the different opinions cannot be construed as conflict, as discussions are always encouraged within a team. 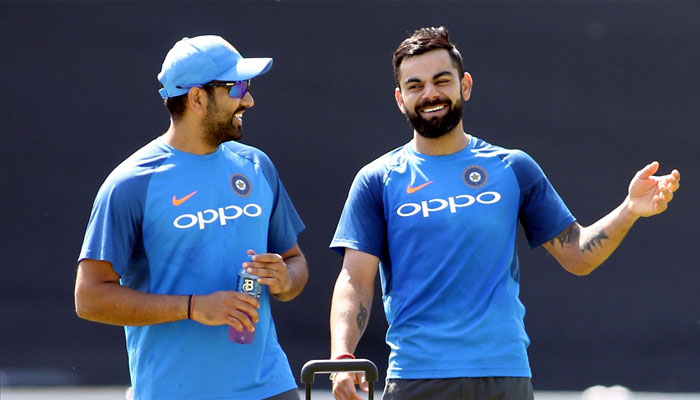 “In a side when you have 15 players there will always be times when there will be opinions that will be different. That is what is needed. I don’t want everyone toeing the same line,” Shastri said in an interview on Tuesday.

“You have got to have discussions and someone might then think of a fresh strategy which has to be encouraged. So, you have to give the guys the opportunity to express themselves and then decide what is best. Sometimes it might be the junior most player in the team who may come up with a strategy which we hadn’t even thought of and we need to bring that to the table. So, these should not be seen as a conflict,” he told the Gulf News.

Skipper Kohli had also previously denied reports of the rift before leaving for the Caribbean Islands, and now Shastri, who has been reappointed for the second term last month, confirmed the fact stating,

“If that was the case why would Rohit get five hundreds in the World Cup? Why would Virat do what he is doing? How would they have partnerships together?”

“Listen, I have been around the dressing room for the last five years. I have seen how the boys have played and how they have complemented the team and know their work ethics. I feel it is absolute nonsense.”