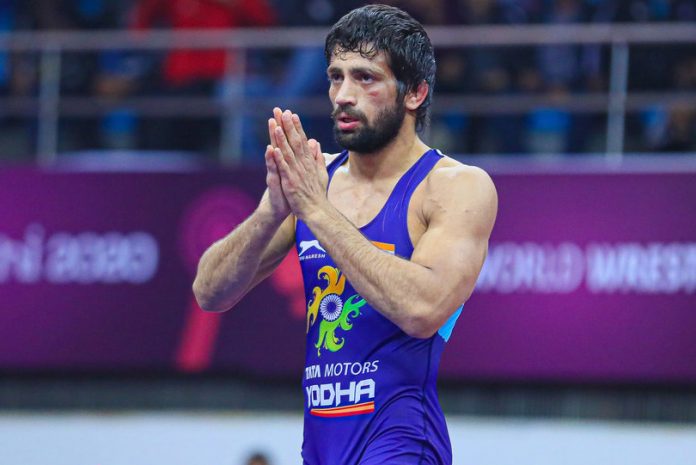 After a brilliant display of performance in the earlier stages, Indian wrestling ace Ravi Dahiya couldn’t meet up to the high hopes he had for the Poland Open 61 kg final, and settled for a silver.

Having qualified for the Tokyo Olympics in his regular 57 kg category, Ravi Dahiya opted to remain at 61 kg for the Poland Open, which is the last ranking event before the Olympics and kick off his campaign in the tournament by registering back to back wins on Wednesday.

After consecutive victories against World under-23 silver medallist Adlan Askarov in the pre quarterfinal, Nathan Khalid Tomasello in the quarterfinal and Reza Ahmedali Atrinagharchi in the semis, Dahiya was up against World junior champion Gulomjon Abdullaev of Uzbekistan in the final.

The 23-year-old, who hails from Sonipat, had already bested Abdullaev in the opening round with a dominating 10-1 victory. However this time around, the Uzbek was steadfast with his defense game.

Even though Abdullaev being visibly out of breath during the second period of the fight, Dahiya couldn’t break his wall despite multiple right leg as well as double leg attacks and ultimately suffered a 3-5 defeat.

On the other hand, Dahiya’s compatriot Deepak Punia decided to pull out of the event yesterday due to a left arm injury, leaving Dahiya as the only Indian in the men’s category in the event.

Earlier, Bajrang Punia pulled out from the Poland Open and opted to travel to Russia for his training camp, while Sumit Malik (125kg) is currently under suspension for failing a dope test.

Meanwhile, the women’s counterpart will see gat and Anshu Malik will take their mats this Friday in the women’s 53 kg and 57 kg events respectively. Seema Bisla (50kg) and Sonam Malik (62kg) did not travel to Poland as they are still recovering from their injuries.