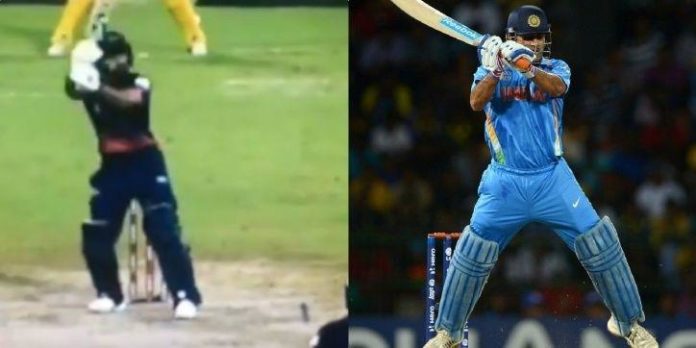 Mahendra Singh Dhoni has been known amongst cricket fans around the world for his signature helicopter shot and very few players have been able to emulate it in the crease.

The iconic shot always leaves opponents and commentators speechless and his fans waiting to see more of that shot. However, Afghanistani cricketer Rashid Khan copied MS Dhoni during a T10 League match between Maratha Arabians and Pakhtoon as he hit the ball out of the park with a ‘Helicopter Shot’. The match was played in Sharjah and the shot completely shook the bowler Mohammad Irfan of Pakistan and called Mahendra Singh Dhoni as the ‘Inventer’ of the shot. 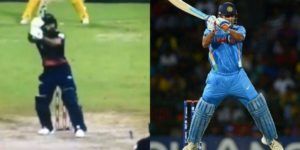 The Afghani all-rounder made a quick21 runs off 7 deliveries as he smashed two sixes and two boundaries for the Arabians. Like always he performed brilliantly in bowling as well, he gave just 18 runs in two overs.

Twitteratis couldn’t get enough of the shot and kept praising the Afghani cricketer.

Ha Ha @rashidkhan_19 U Nailed It Brother !! @msdhoni Will B More Thn Happy Or May B A Bit Jealous As Well #HelicopterShot !! #WellDone https://t.co/il76urIJPx

🤯 He’s not just the best leg-spinner in the world…

He may be one of the best leggies in the world but Rashid Khan might have hit the shot of the year yesterday 👏👏pic.twitter.com/wpini44hoe

The state of some of these shots in #T10League. @rashidkhan_19 off Mohammed Irfan here pic.twitter.com/e6ayv7hSCR

That went to Mars 👌🏼😉 went like a 🚀 Rocket.. Excellent shot!