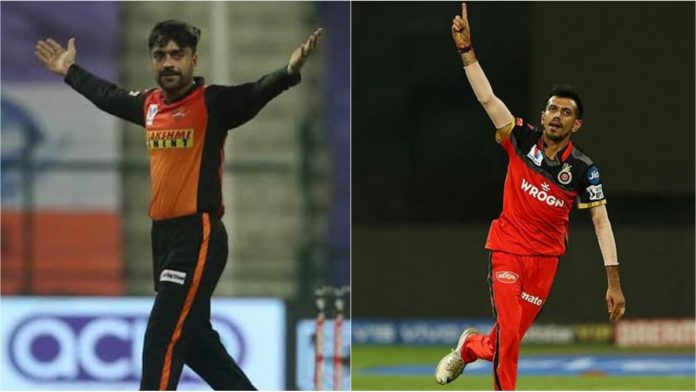 Yuzvendra Chahal, the Indian ace leg-spinner took to Instagram on Wednesday morning and posted a picture of OnePlus Nizam Palace which is an experience store of OnePlus in Hyderabad. But, what caught an eye was a bizarre comment on the post by the Afghan leg spinner, Rashid Khan. 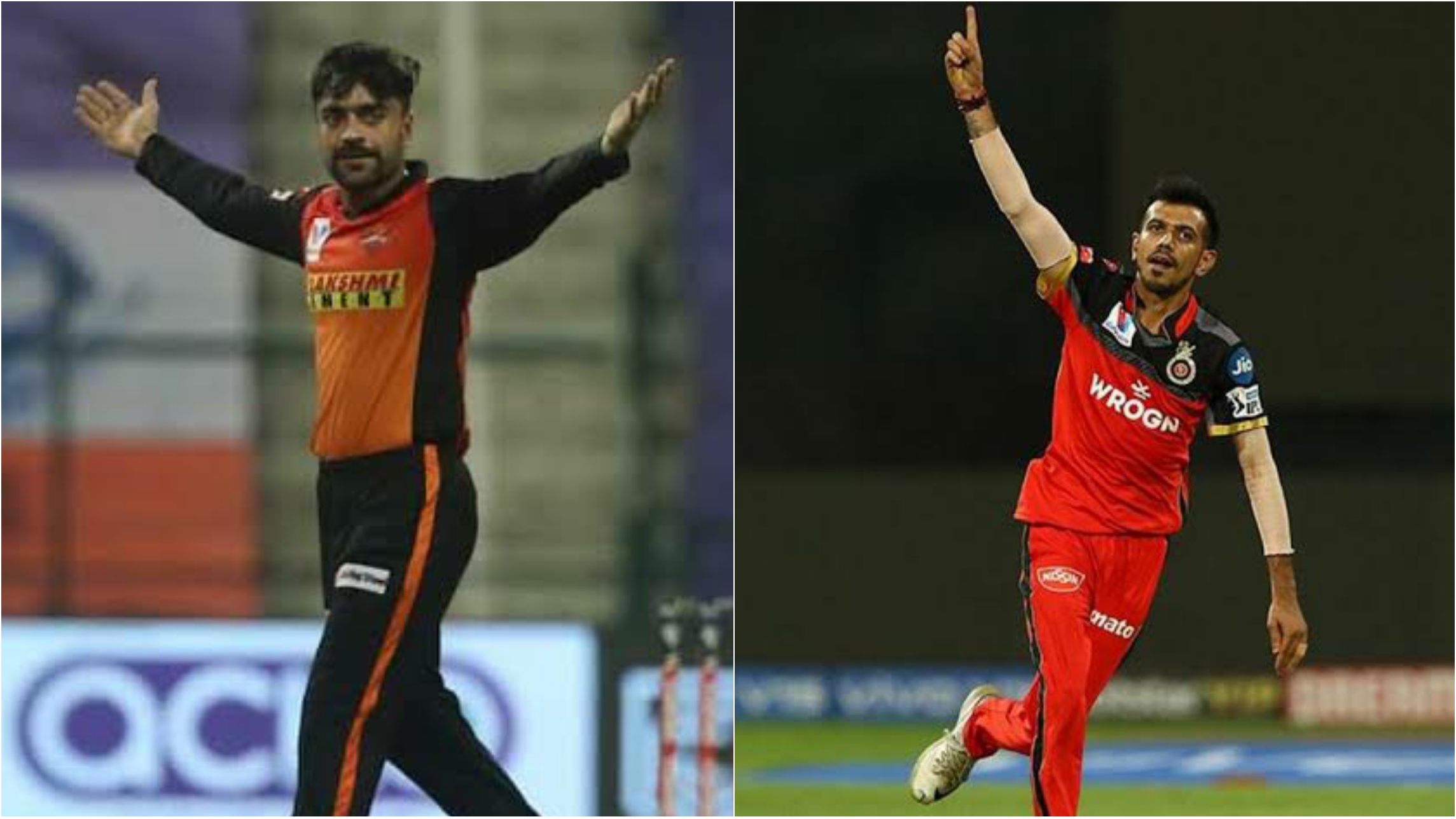 OnePlus, the Chinese smartphone company unveiled an experience store in Hyderabad which goes by the name of ‘OnePlus Nizam Palace’. This is the largest experience store of the company globally, having a space of 16,000 sq.ft.

As mentioned, Wednesday witnessed an Instagram promotional post by Chahal for the smartphone company. He posted a picture of the store and notified everyone about its launch.

He captioned, “This city will always be special for me. The food, the people and now the #OnePlusNizamPalace. Follow @oneplus_india and watch the launch party today at 12PM!”

But, a comment from Rashid Khan might have tickled the fans. He wrote, “Bhai lunch me kya hai?” [What is there for lunch?]. Though the Indian spinner did not reply, many fans replied to the comment. Some fans even hilariously responded, “Hyderabadi Biryani”. 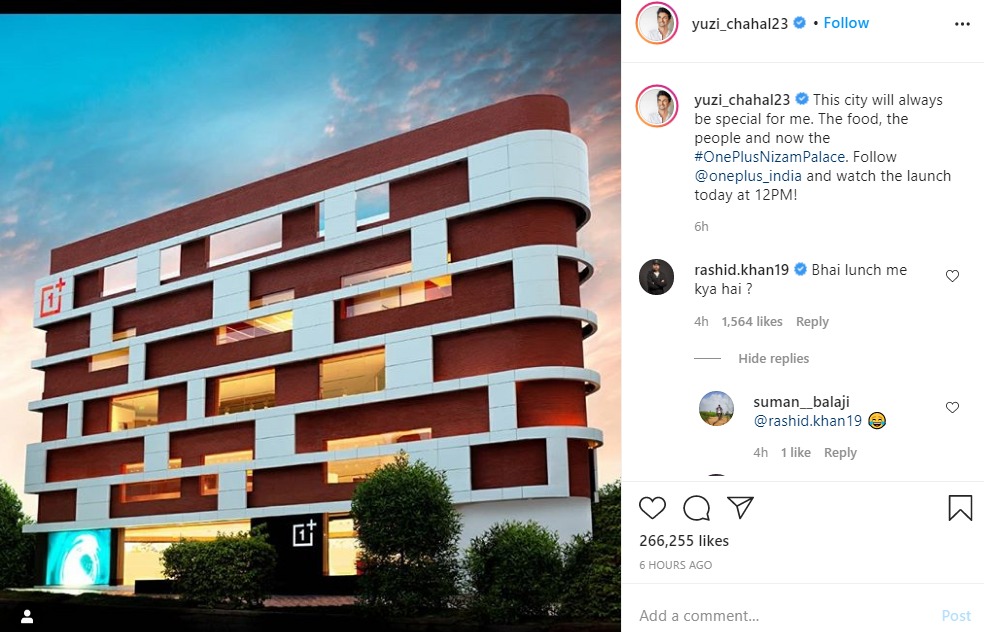 Yuzvendra Chahal has been promoting the Chinese smartphone maker, OnePlus for quite some time now. He had also promoted the OnePlus 7 series smartphone last year.

ALSO READ: We want him fit for Australia: BCCI prez Sourav Ganguly speaks up on the Rohit Sharma dilemma

He also took part in OnePlus Domin8 PUBG Mobile tournament that was organised by the company itself with its global partner Fnatic on June 2, 2020. The event also featured other cricket stars like KL Rahul, Shreyas Iyer, Smriti Mandhana.

Yuzi Chahal and Rashid Khan play for Royal Challengers Bangalore(RCB) and Sunrisers Hyderabad(SRH) respectively. In the list of taking the most number of wickets in 2020 IPL campaign, Chahal currently stands at fourth position taking 20 wickets in fourteen games while Khan is positioned at seventh by making 19 dismissals in fourteen games.

RCB and SRH are set to lock horns on Friday, November 6 in IPL Play-off at Sheikh Zayed Stadium in Abu Dhabi.

Wear helmet at the pitch also: Sachin Tendulkar pushes for mandatory use of helmet while batting