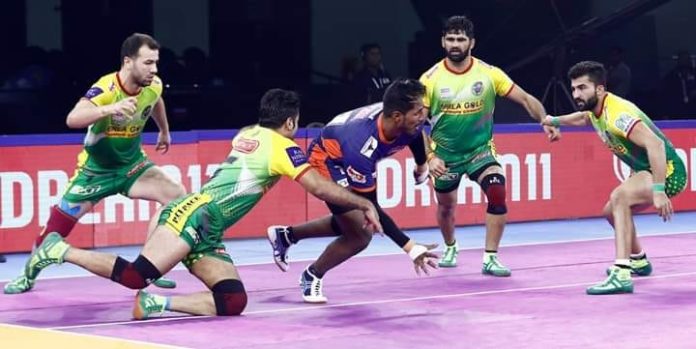 With only one game in the Chennai Leg of the Pro Kabaddi league saw the Patna Pirates lose to Bengal Warriors courtesy performances by raiders Maninder Singh, Prapanjan and Nabibaksh. With the victory against the Pirates the Warriors reached the second position. Patna Pirates who had started the game on a positive note lost momentum in the starting moments of the second half. 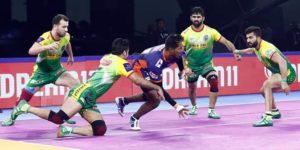 The Bengal Warriors who had drawn with the Dabang Delhi K.C in their previous game wanted to redeem themselves against the Patna Pirates and performances by captain Maninder Singh, raiders Prapanjan and Nabibaksh saw the Warriors defeat the Pirates. Rinku Narwal was the peak of the defenders for the warriors as he scored 5 tackle points. Patna Pirates started the game on a positive note with Pardeep Narwal starting the game in a positive manner, but mistakes in the second half gave the Warriors comprehensible lead ad a comfortable victory.

Patna’s captain and raid machine scored yet another super-10 with him scoring 12 raid points. He was complemented well by his Iranian Counterpart Esmaiel Mogshadlou but that was not enough for the Pirates to win the game against the Warriors.

The last day of the Chennai League will see Gujarat Fortunegiants take on the Patna Pirates and the hosts Tamil Thalaivas take on U Mumba.