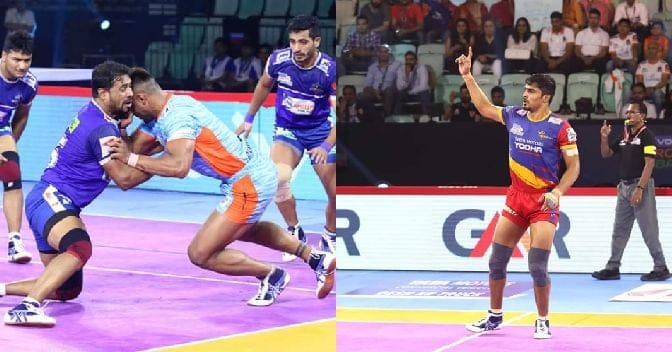 The third day of Delhi leg of Pro Kabaddi League season 7 saw a raid riot as all the four teams participating in today’s game brought their A game. The first game of the day at Thyagraj Sports Complex saw the Haryana Steelers defeat the Bengal Warriors as raiders Vikash Kandola and Vinay combined to take 20 raid points, where as the Warriors Captain and Star raider Maninder Singh took 15 raid points but that was not enough as he didn’t get any support from other raiders. The second game of the day saw Srikant Jadhav show his best performance as the Yoddhas raider scored 15 points helping his team defeat the in-form Puneri Paltans. 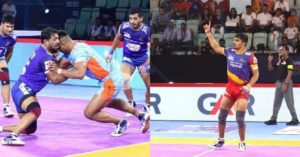 It was a rare day off for the Bengal defenders as neither Baldev Singh or Rinku Narwal could execute their back-holds to perfection. But it was the Steeelers defence which was the difference between the two teams as veteran and captain Dharmaraj Cherlathan showed the way for the team and collected 4 tackle points. It was a day where the raiders enjoyed as Vikash Kandola and Maninder Singh collected the highest points for their team.

A brilliant performance by the Yoddhas raiders helped them win against the high-flying Paltans. Paltans did all they could but it was Srikant Jadhav who decimated the Paltans defence and got 15 raid points. He was complemented well by defender Sumit who scored a high-five and raider Surender Gill. For Paltans it was raider Manjeet who performed well and helped the Pune-based team come so close.