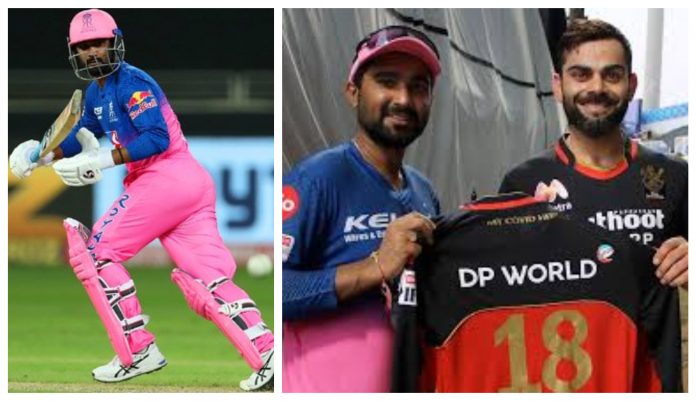 Rahul Tewatia grabbed the eyeballs in the 2020 edition of Indian Premier League (IPL) when he smashed five sixes off the speedster, Sheldon Cottrell, during their game against Kings XI Punjab.

Notably, Rajasthan Royals were chasing a huge total of 223 runs against Punjab and faced a bit of trouble when Sanju Samson got out after his swashbuckling knock.

However, Tewatia was seen struggling to hit the ball at first but he turned the table in the last two overs where he smashed a 31-ball 53 to help Rajasthan Royals chased down a record total in Sharjah as well. Meanwhile, on Saturday, Rajasthan Royals took on Royal Challengers Bangalore (RCB) in IPL 2020. And, before the match, Rahul Tewatia got a gift from none other than India and RCB captain Virat Kohli – who gifted his autographed RCB jersey to the all-rounder. 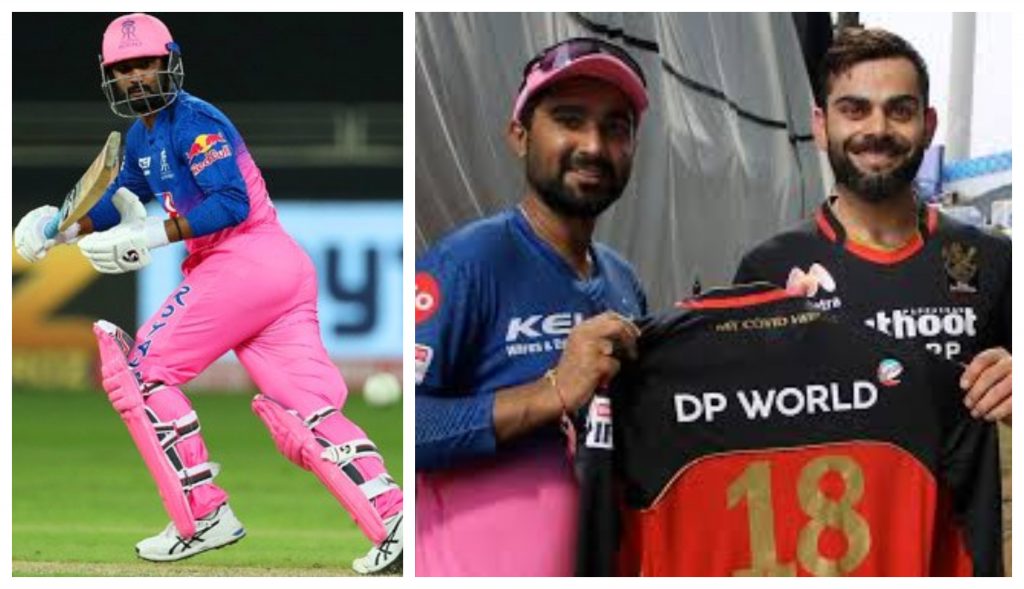 ‘Rahul Tewatia is elated as he gets an autographed jersey by Virat Kohli. Moments that matter the most,’ IPL’s official Twitter account has shared the post on Saturday along with a photo of both Kohli and Tewatia.

Rahul Tewatia is elated as he gets an autographed jersey by Virat Kohli.

It is noteworthy that, Tewatia failed to take his side home against RCB despite his stunning show where he scored 24 runs off just 12 balls to lift RR to a total of 154 runs as well. For RCB, young and talented opener Devdutt Padikkal once again smashed a half-century, three in four Indian Premier League games he played so far.

Later, Virat Kohli came back in the zone and his blitzy unbeaten 72 helped RCB win the game. With this, they placed at the top of the table with a comfortable eight-wicket win over Rajasthan where they registered the victory with five balls to spare.

Earlier in the game, Rajasthan were also struggling in the middle after losing three early wickets but they recovered from there on the back of Mahipal Lomror (47) and Rahul Tewatia’s unbeaten 24 off 12 balls and put up a decent competitive total of 154-6 after captain Steven Smith had won the toss and elected to bat first in a hot and humid condition in Dubai.

Ben Stokes is all set to join the Rajasthan Royals squad in IPL 2020!