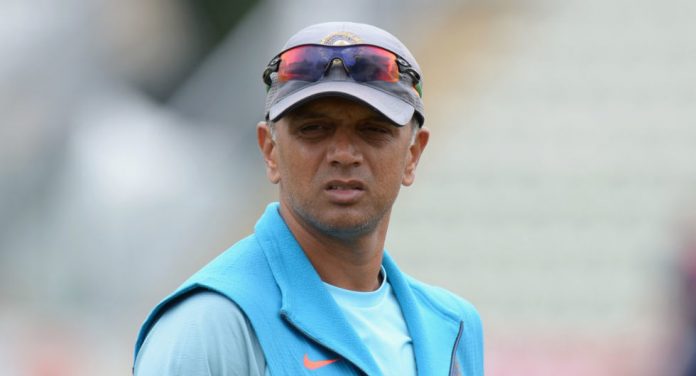 In more ways than one, Rahul Dravid has been the guiding light to the next generation of Indian cricketers. The legendary batsman has groomed young talents as he looks over the India A and U-19 teams post his retirement.

It is said that behind every successful team, there is an army of individuals whose ultimate goal is to make success a habit. Over the years, Dravid has portrayed that role perfectly for youngsters, who are today witnessing success and fame with the Indian Premier League (IPL)

From Devdutt Padikkal and Navdeep Saini to Kamlesh Nagarkoti and Sanju Samson, young Indian cricketers have been spectacularly impressive, scoring more runs and scalping more wickets than established international legends in the 13th edition of the IPL.

Apart from these, the likes of Prithvi Shaw, Shreyas Iyer, Rishabh Pant and Mayank Agarwal have been mighty impressive in the opening weeks of the cash-rich tournament. The sterling display by the young and budding cricketers has been the talk of the town, as the IPL is creating waves amongst the viewers.

Cricket in India is not just a sport, but an emotion for the fans. Indian cricketers and their lives have always been a topic of hot discussion amongst the fans and media. Keeping all this in mind, Dravid has inculcated a working culture, where the character of a player takes precedence.

Dravid has worked closely with young cricketers in his coaching career and relates a few things to them. He has helped mould the India U-19 cricketers and India A players over the best part of past decade or so.

In his coaching stint, Dravid has come across numerous players in the U-19 side or India A who think if they will ‘make it or not’. The batting legend often identifies with them as he has also gone through a similar time at a young age. The combination of technical excellence and sincerity enabled Dravid to conquer several peaks in an illustrious international career.

The 47-year-old batting legend is now the coach of the India ‘A’ and under-19 teams-apart from being charge d’affaires of the National Cricket Academy (NCA). Dravid comprehends the challenges of the new role, has solutions for vexing questions.

In the ongoing IPL. there are so many top players from various countries plying their trade. Well-established stars like David Warner, Pat Cummins, Steve Smith, Chris Gayle, Ben Stokes, AB de Villiers, Eoin Morgan, Jos Buttler and so many others like them are making the cash-rich IPL a tournament worth talking about.

This is apart from the mega Indian stars like Virat Kohli, Rohit Sharma, KL Rahul, MS Dhoni too make it the most spectacular event of the year.

But India’s ‘undergraduates’ or the young Turks do not want to be intimidated and are showing signs of steel tho outperform their seniors. The success in the Under 19 World Cup for India has propelled unbelievable talent to the fore. So much so, India’s stock of players is good enough to put up a second string of performers to challenge Kohli’s national side. The young boys in the middle are sparing no efforts whether it is bowling, batting or fielding.

Over the years, the IPL has thrown up exciting proteges, who have benefited after rubbing shoulders with some of the greats of the game. The likes of Jasprit Bumrah, Hardik Pandya and Rishabh Pant are products of this league that offers a platform to develop, mature and get nurtured.

This year youngsters, who have graduated from India’s age-group cricket like Ravi Bishnoi, Rahul Chahar, Priyam Garg, Ishan Kishan, Devdutt Padikkal, Washington Sundar, Sanju Samson, Rahul Tewatia, Prithvi Shaw have stepped up to the game and have set the league ablaze with their sparkling performances.

Given the pandemic and its after-effects, being on the field is a thing of privilege for these youngsters. And to their credit, they have managed to make the best use of this opportunity and have enthralled us with top-notch cricket.

And Rahul Dravid, playing his own part, in his own unanimous way, has stuck to his mantra, catching them young!