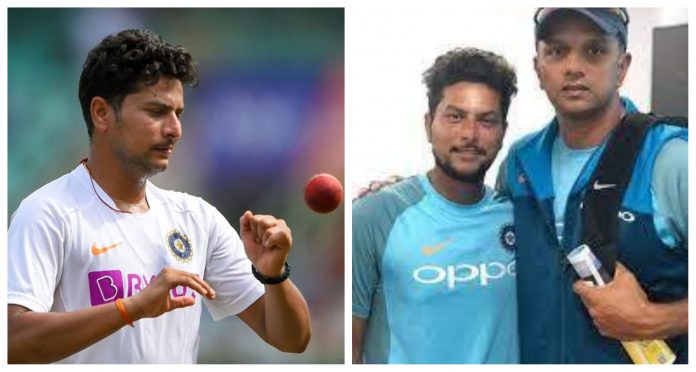 BCCI recently announced a 20-man squad for the long tour to England which includes the WTC Final against New Zealand and the five-match test series against the hosts as well. Rahul Dravid shared his opinion about the squad which has been picked for the four-month tour. 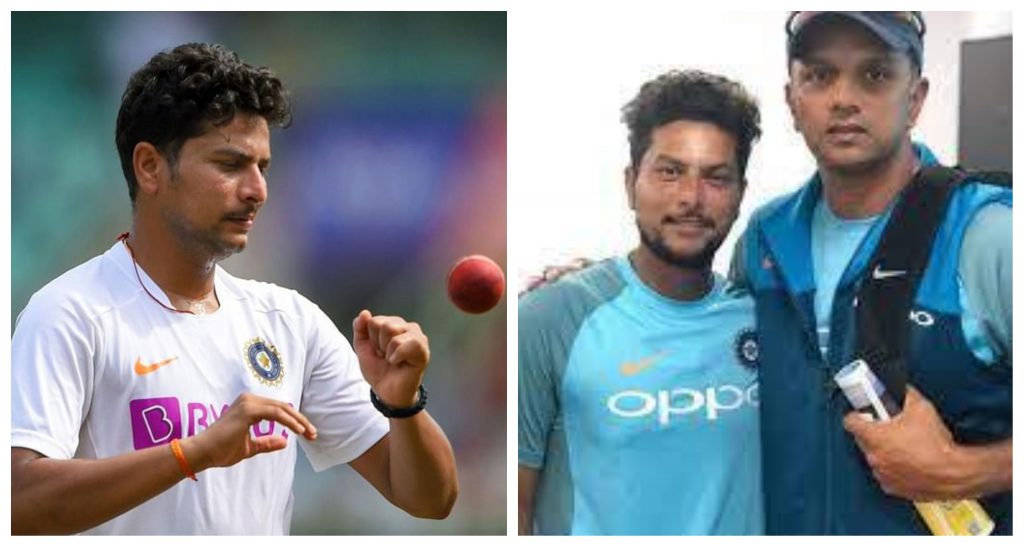 The selection committee opted not to include the likes of Prithvi Shaw, Hardik Pandya, and Kuldeep Yadav. While Prithvi Shaw and Hardik Pandya were excluded due to fitness concerns, left-arm chinaman Kuldeep Yadav has clearly fallen behind in the pecking order with all-rounder spinners such as Washington Sundar and Axar Patel preferred ahead of him.

Former India cricketer Rahul Dravid noted Kuldeep Yadav’s absence from the squad. While claiming that the wrist-spinner could have benefitted from the call-up, he admitted that he has fallen far behind in the last couple of years.

“It does seem balanced. It’s a 20-member squad. The only other one who could have merited selection would’ve been Kuldeep Yadav, but he’s fallen away over the last little bit. Also, with the kind of recent performances from Axar Patel, Ravindra Jadeja and Washington Sundar, they’re clear about the kind of balance they want in the squad,” Dravid said

Kuldeep Yadav had a horror limited over series at home against England and did not play a single game for Kolkata Knight Riders in the 14th edition of the IPL.

Team India have preferred to go with the spin duo of Yuzvendra Chahal and Ravindra Jadeja. The absence of bowling from Hardik Pandya makes it difficult for India to play with three spinners.

On the other hand, KKR shuffled Shakib Al Hasan, Harbhajan Singh, Sunil Narine and, Varun Chakravarthy as their spinners in the seven games they played.

Remainder of IPL 2021 will not take place in India, confirms Sourav Ganguly