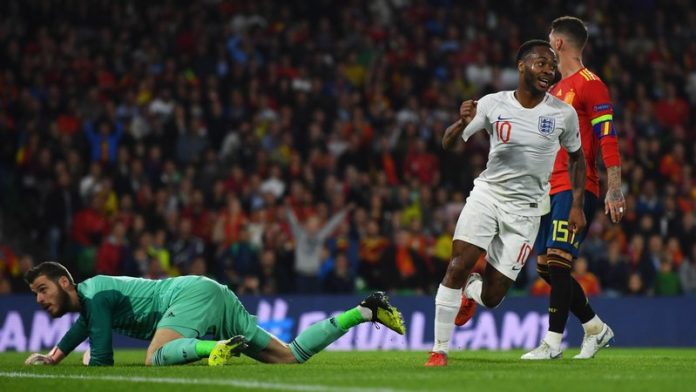 Raheem Sterling has finally ended his three years long goal drought in England shirt as Gareth Southgate’s England side had a famous victory over Spain in Seville last night. 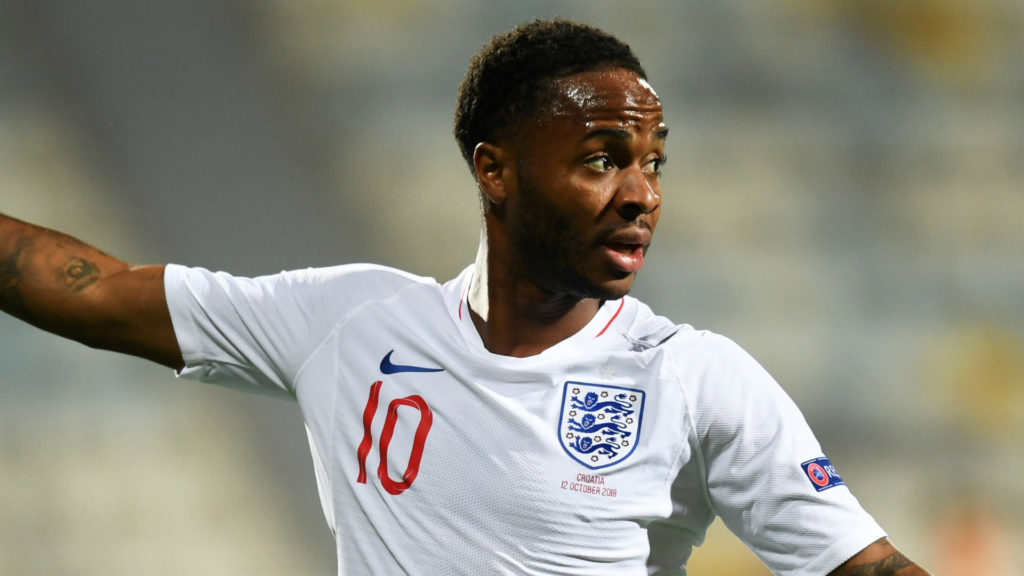 The Manchester City forward netted twice in the first half, with Marcus Rashford scoring another one to clinch a three-goal lead before halftime at Real Betis’ Estadio Benito Villamarin.

Sterling opened the scoring with an impeccable finish in the top left corner of the goal, leaving De Gea helpless. The forward struggled before the goal many a time in the past but that wasn’t the case last night as he scored twice.

His second goal was tap-in from Harry Kane’s cut-back. Being available in the right place at the right time was another thing to be noticed in his game. The City winger caused problems all over the final third with his blistering pace.

Sterling’s performance last night can be summed as bold, clinical and astonishing to watch. In his previous 45 appearances for the three lions, Raheem scored only two goals, whereas he netted twice in just 45 mins last night.