11,337 Test runs between them, and yet Ajinkya Rahane and Cheteshwar Pujara’s place in the Indian team is scrutinised even more than before. For a long, the duo has been on borrowed time given their below-par performances over the past couple of seasons. To put things in perspective, since January 2020, Pujara has scored 802 runs at a lowly average of 27, while Rahane has amassed just 683 runs at an even lower aggregate of 24.4.
But what’s the kind of long rope that one gives a senior player, who has been a past performer? Is it 15 or 20 Tests? It all could come down to who would sit out in order to accommodate skipper Virat Kohli’s comeback in the next Test against New Zealand.
It is going to be a tightrope walk for the Indian team management when its best batter comes back in the next game. Even Pujara and Rahane know very well that one among the two could get the axe at least for the game although they are both expected to be selected for South Africa Tests if the tour goes on.
Rahane’s counter-attacking century in Melbourne and Pujara’s act of defiance in Brisbane seem to have happened a lifetime ago.

Hailed as the ‘modern-day wall,’ Pujara hasn’t really been at his best in Test matches lately.
A lot is expected from Pujara whenever he walks into the middle, but the calm-headed batsman has found it difficult to show consistency, a trait that is expected from a middle-order batsman, and a Test specialist.
Two days before the Test, Pujara said he and Rahane were both batting well without the results to show for it.
While he has played some impressive knocks every now and then, converting starts into big scores has been an issue for him. In fact, Pujara’s last Test century was recorded way back in January 2019. Although the team management has stuck with him in this dry patch, the veteran batter doesn’t seem to be living up to the expectations. 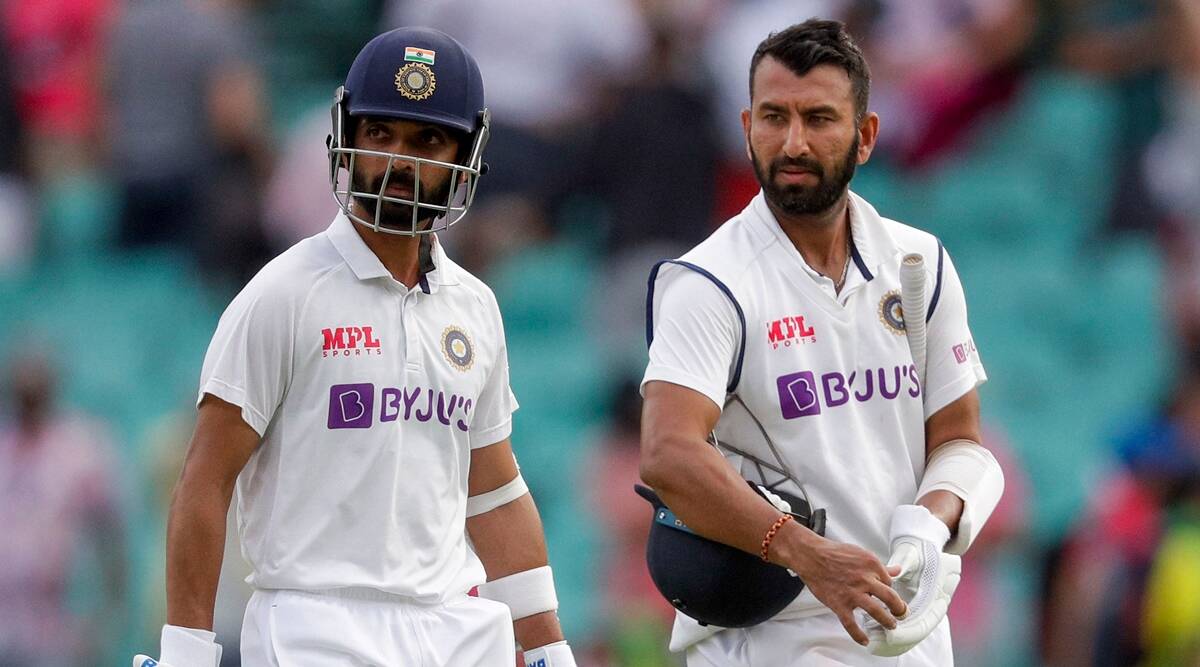 Ajinkya Rahane has been having a torrid time as the batter has been struggling for quite a while now. Despite being India’s vice-captain in the longest format of the game, there have been calls to drop him. It’s been a while since his fans have seen him bat at his best.
Thus, in all likelihood, the Indian selectors might look to replace him going into the upcoming tour to South Africa. Several players have made a strong case to replace the veteran. So which players stand a chance to become India’s new number five in Tests?
The omission of Hanuma Vihari for the Test series is one of the choices which has been hotly debated in social media.
Rahane’s treacherous form was not about just one series, the regular Test vice-captain has been struggling for a while in a format and in conditions that had made him such an asset for the Indian team.
It would have been easier for the selectors to drop Rahane and move on. However, Dravid, who knows the vagaries of red-ball cricket more than anyone else has stood behind Rahane and perhaps may have played a role in elevating his work profile.
The Test series will mark the beginning of the second cycle of the World Test Championship. This could very well be the start of a new cycle in Indian cricket as well.