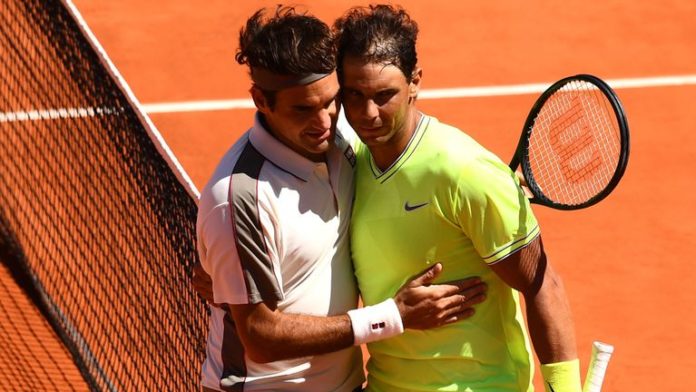 Rafael Nadal once again proved that why he is called the best player in the clay court. The World no 2 has eased past Roger Federer in straight sets to reach the Final of Roland Garros. The Spanish Tennis star has an incredible record in Roland Garros and he will try to maintain it win another Roland Garros title under his belts. 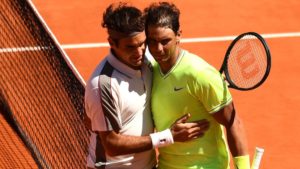 The weather was not very much favourable for any of the player to show their classy display in the court. The wind was there  a to create a lot of obstacles for both the players. However, Rafael Nadal still managed to break Roger Federer’s serve several times throughout the whole match.

It was impossible for 37 year old genius Roger Federer to create a resistance against the best player in clay. After the first set win it was almost clear that the day was written for Rafael Nadal. Ultimately, Nadal won the match with a scoreline of 6-3 6-4 6-2 in his favour. However, the scoreline would not suggest the whole story of the match.  The Swiss star player Roger Federer also had his moments but he failed to capitalize those due to the sheer brilliance of Rafael Nadal on the other side of the court.

Tennis: Roger Federer makes a return to the top three in ATP rankings