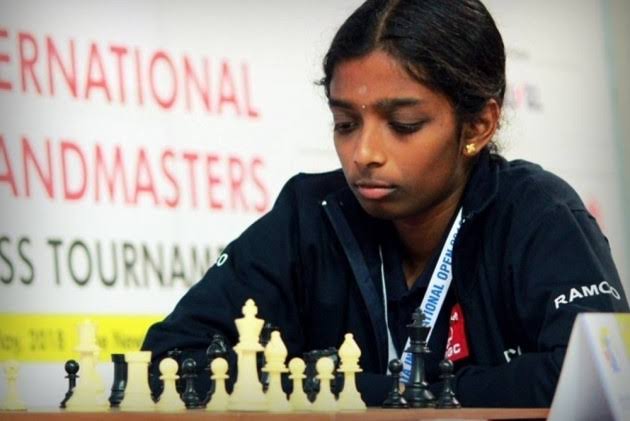 In a show of excellent form, Indian grandmaster R Vaishali has won an individual Gold at the ongoing Asian Online Nations Cup tournament.

Indian Women shall take on those of Kyrgyzstan in the quarterfinals of the tournament this Friday. Vaishali was instrumental in the preliminary round, where she scored 6.5 points from 9 games to ensure India’s finish on top of the preliminary point table.

Indian Team Captain Mary Ann Gomes, with 5 points, has also managed to acquire an individual Gold, while Padmini Rout, with 7.5 points, has settled for a Silver medal.

Vaishali, who has been in terrific form recently, including a eighth place finish in the midst of strong competition at FIDE Women’s Speed Chess, was part of the Indian team that managed to win the Gold medal.

“The experience of playing top players in the last few months has boosted my confidence. The individual gold in this tournament is the result of the hard yards put in by me in recent times. The next target is to help India win the team gold,” said Vaishali.

Vaishali believes that it is advantageous to have a talented sibling on her side. “Praggu is like a sounding board for me and we engage in a few clashes regularly. We always look to learn from each other and I admire his ability to stay calm during crunch situations,” she said.

About the return to offline games, she said: “At the moment, we don’t know when we will play in an over-the-board tournament next. But online events too have its charm and we are enjoying it.”

Vaishali’s coach RB Ramesh feels that with hard work, she will become even better. “She has been working on all aspects of her game. Vaishali will only get better if she continues to work hard,” he said.

Vishwanathan Anand speaks on the newfound popularity of chess during lockdown