Before you enter the world of Online Casinos, Check out the top 10 Live casinos recommended by India Casino Info
Home Cricket Why R Ashwin should be India’s first choice spinner? 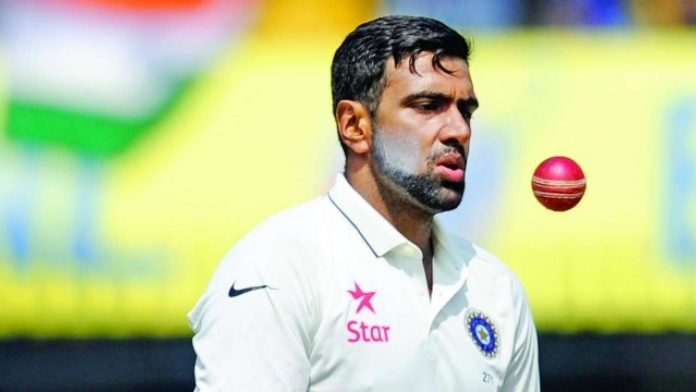 India commence their defence of Border-Gavaskar Trophy in a four-test series down under, starting in three days’ time. They won the last series 2-1 in 2018/19 but the return of Steve Smith, David Warner and the emergence of Marnus Labuschagne could potentially put Australia on top. To make matters even trickier, Virat Kohli will miss three tests due to the birth of his first child. But the likes of R Ashwin would play a key role.

But, as it was last time around, bowlers will play a crucial role for India, especially wily off-spinner Ravichandran Ashwin. Ashwin has established himself as one of the best off-spinners in Test cricket today. Having made his debut in 2011, the 34-year old has entrenched himself along with Australia’s Nathan Lyon amongst the greatest of this generation.

Ashwin and Nathan Lyon, both are great spinners and respective match winners for their team. But the question which arises who has performed better in their respective Test careers which has lasted for more than a decade as of now.
And apart from the pace-battery that India possess, it is equally important for someone like Ashwin to hold steady in the middle-overs, at the same time look for wickets. Afterall. it’s more about getting your noses ahead in Australia. Every hour, the game can get away from you really fast in the field.

While most of Ashwin’s recent successes have been achieved on the subcontinent, it was overseas, in Australia and New Zealand and England, that the seeds of his resurrection were sown.

So what is it that has brought about this reinvention in Ashwin? One of the criticisms often levelled against him during his lean patch was his tendency to focus too much on the carrom ball, and to try and add one too many a string to his bowling repertoire, thereby diluting his consistency during a long spell. At the same time, the prime focus for his recent success have been two-fold: trusting the off-spinning delivery more and making a concerted attempt to bowl slower through the air, especially in Test cricket.

Over the years, MS Dhoni and Virat Kohli have used Ashwin in different manners. One has tended to use him to choke the opposition, while the other has used him more as a wicket-taking option. For any spinner, it’s a tight rope to trade.

However, it is difficult to fathom why somebody who has over 500 international wickets, and has always been perceived as a thoughtful cricketer, was never considered for a more meaningful role—he has not even been appointed vice-captain—while Ajinkya Rahane and Rohit Sharma have led national teams in different formats.

Comparisons are part and parcel of a sportsman’s life and cricketers are no different. R Ashwin and Nathan Lyon have often been compared as the duo are two of the finest exploiters of the art of off-spin bowling.

The aptest way would be to check their statistics since their debut in 2011. In 71 Test matches, Ravichandran Ashwin has scalped 365 Test wickets at an average of 25.4. Nathan Lyon on the other hand has played 25 more Tests than Ashwin and has 390 wickets to his name.

Ashwin admits that there is a conventional fear, of a bowler as captain either over-bowling or under-bowling in a Test.

Another important reason for Ashwin to play in Australia is, he bats too, he averagely faces 45 balls in an innings he plays. With four Test tons and 2, 389 Test runs to his name-Ashwin is clearly no mug with the bat in the lower order, where India have struggled of late.

Time and again, the off-spinner has underlined the importance of bowling well in partnerships, considering it is tougher to run through the opposition in Australia than South Africa and England.

One doesn’t turn up to Australia thinking wickets are going to seam or spin around. They are always going to be flat with additional bounce-we know that.
In the purest form of the game, it is the realisation of the virtues of old-fashioned patience that has helped Ashwin to bide his time and make the spot his own. The wily-old spinner will thus be a vital cog in the Indian bowling armoury and the opposition batsmen, on the other hand, will be dreading the sight.