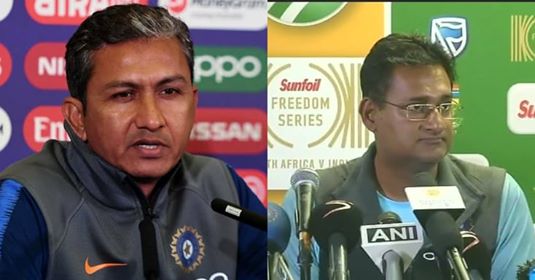 India was knocked out of the World Cup on Wednesday after facing an 18-run loss to New Zealand in the semi-finals. There have been a lot of questions raised with this loss. And one such person who has come under the scanner is Indian team’s assistant coach Sanjay Bangar. Certain sections of the BCCI think that Bangar could have done a better job.

Most people believe that India’s bowling coach Bharat Arun has done a pretty good job in the last one year. Same is the belief for India’s fielding coach R Sridhar. But the same has not been true for the batting unit as the middle order has been quite vulnerable. According to a source from the BCCI, the constant changing in the middle order hurt the Indian cricket team at the World Cup.

Bangar could not find a suitable no.4. And the announcement of Vijay Shankar being fit just before he was ruled out has also gone against Sanjay.

An official said, “It was a constant struggle. While we are all supportive of the players and they had a good tournament with the exception of this bad day in office, the support staff’s processes and decision-making will surely be scrutinised thoroughly prior to any decision being taken about their future.”

Apart from Sanjay Bangar, the Indian team’s manager has also received flak. According to the official, Sunil Subramaniam, the manager has been caring about only two things. One was arranging tickets for the people known to him. And the second thing is the position of his hat. Anyone who interacted with him was only left disappointed.

While the Committee of Administrators has given the support staff 45 more days to coach the Indian players, some of the members could be asked some serious questions when the next appointment is undertaken by the BCCI.