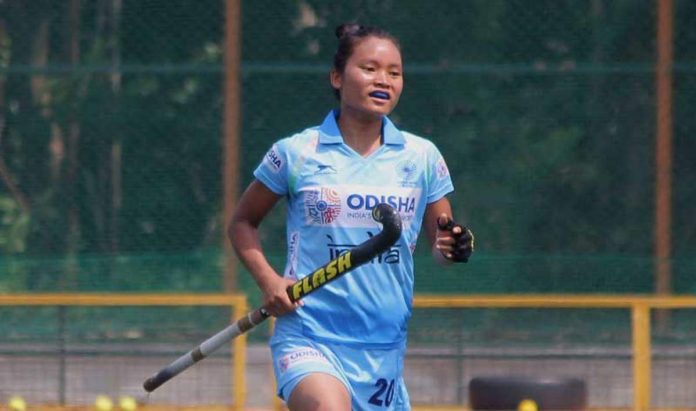 Indian hockey ace Lalremsiami made history as the first female player from Mirozam to be named in the Olympic-bound squad. But for the young forward, it has become the biggest achievement of her career because its her late father’s dream.

The 16-member Indian women field hockey squad for the upcomong Tokyo Olympic Games was announced by Hockey India last Thursday, with a mixture of Rio Olympics veterans teaming up with a batch of youngsters ready to make their debut in the grand quadriennal event.

Being the first female player out of her state as well as the first athlete from Mizoram destined for the Olympics in the last 25 years since Archer C. Lalremsanga, who took part at the 1992 and 166 games, its an astronomically remarkable moment of Lalremsiami’s nascent career.

“[The selection is a] very big thing for me. It is the biggest achievement of my short career so far,” Lalremsiami said in an interview with PTI.

Despite such a bright career up ahead, the youngster who hails from Kolasib in Mizoram, sustained a tragic time of her life last year, when she lost her father just one day prior to India’s semifinal clash against Chile in FIH Series Finals in Hiroshima, Japan.

Despite losing her biggest supporter, Lalremsiami opted against coming back home and decided to stay with her teammates, as India went onto become the tournament champion, defeating the hosts 3-1 in the final.

“He was the biggest supporter. He had faith in every decision I took in my career,” the 21 year old went on, “My only regret is that I couldn’t bid him a final goodbye. But he definitely would have been proud of my decision. Staying back with the team was the most difficult decision of my life but I believe my Papa would be happy with my decision as he wanted me to serve the nation and one day play in the Olympics.”

Despite lamenting for her own absence after her father’s death, Lalremsiami has gifted her late old man the best gift on father’s day- by fulfilling his dream.

“I wish Papa was alive today to see his daughter playing in the Olympics. It was his dream and I am living that,” she added.