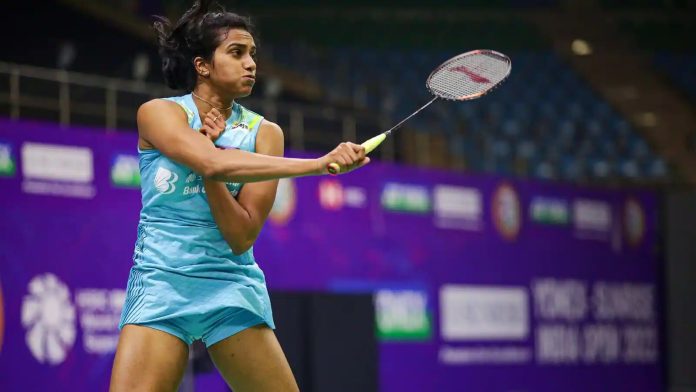 Indian shuttling superstar PV Sindhu walked out as the winner of the women’s singles title at the recently concluded Swiss Open Super 300 tournament currently taking place in Basel, Switzerland, defeating Busanan Ongbamrungphan in the final on Sunday. However, her compatriot HS Prannoy who made it to the men’s final lost to Jonatan Christie.

Coming off of an exciting 21-18 15-21 21-19 victory against Thai shuttler Supanida Katethong in the 79-minute semifinal clash on Saturday, Sindhu went up against fourth seeded Busanan Ongbamrungphan in her second straight tournament final.

The two time Olympic gold medallist, who had earlier clinched the Syed Modi International championship back in January, marked a straight set win over Busanan, defeating the Thai player 21-16 21-8 in a 49-minute summit clash. Winning her second singles title of this season, Sindhu had earlier lost to Carolina Marin in the final of the last edition.

The Hyderabadi shuttler opened up the first set with a 3-0 lead but Busanan made quick progress to tie the scores at 7-7 Sindhu managed to keep a 2-point lead at the break and with precise backline returns clinched the first set.

Sindhu went more dominant in the second, taking a 5-0 lead against a struggling Busanan in the second set and eventually cruised to a 9-point advantage at the break. From there, it was a comfortable cruise for Sindhu, sealing the victory at the end.

Meanwhile HS Prannoy, who earned a hard fought victory over Anthony Sinisuka Ginting in the men’s singles last four stage and reached his first summit clash in five years, went down 12-21 18-21 against Indonesian star Jonatan Christie in the 48-minute final.