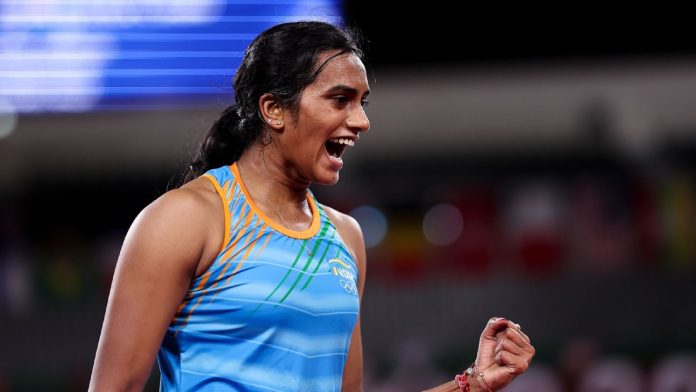 On the heels of her remarkable success at the Tokyo Olympics, PV Sindhu made a stunning comeback to action on Tuesday by kicking off her Denmark Open campaign. The double Olympics medallist defeated Neslihan Yigit of Turkey in straight games to win the opening round of women’s singles at the BWF World Tour Super 1000 tournament, joining up with fellow Indian shuttles Kidambi Srikanth and Sameer Verma in the second round of the event.

The reigning world champion PV Sindhu dominated Yigit in straight sets, overpowering the 29th ranked Turk 21-12, 21-10 to advance into the next round, where the fourth seeded Indian will face off against Busanan Ongbamrungphan of Thailand.

The Rio Silver medallist, who clinched a bronze in Tokyo earlier this year, did not participate in the Sudirman Cup, as well as the Uber Cup following her Olympics campaign, looked very comfortable in her return to action against Yigit.

In the opening game, Sindhu took an early 5-4 lead and kept herself ahead throughout the rest of it. In the second, despite Yigit going ahead 3-1, Sindhu bounced back strong to make it 10-4, before the Turk was able to close the gap and make it 10-9. However, after the break, it was a walk in the park for Sindhu to seal the second game as well.

Alongside Sindhu, former champion Kidambi Srikanth and Sameer Verma won their respective singles openers as well. Srikanth, who clinched the title back in 2017, defeated B Sai Praneeth 21-14, 21-11, while Sameer outplayed Kunlavut Vitidsarn of Thailand 21-17, 21-14.