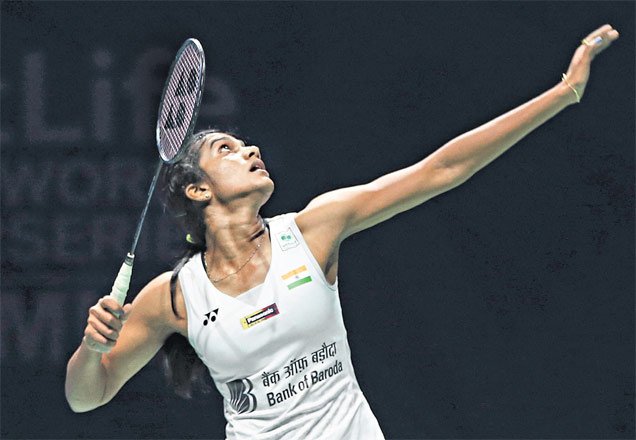 P.V. Sindhu, who recently became the first Indian world champion, stated that she is completely focused to reach the medal podium at next year’s Tokyo Olympics. The ace shuttler missed the opportunity to grab the gold medal in the previous edition of the quadrennial event, as she lost to Spain’s Carolina Marin in the finals. And on Wednesday, she pledged to improve her performance on the biggest stage and turn the silver she won in Rio into gold.

“Right now, my focus is on the 2020 Olympic Games and my main aim is to work hard and give my best in Tokyo,” Sindhu told the reporters in an event arranged by the Kerala government.

“My ultimate aim is to get gold. I know it’s not going to be easy and I need to work hard,” she confirmed.

In August, the 24-year-old Sindhu, became the first Indian to bag gold at the world championships after her dominating performance over Japan’s Nozomi Okuhara in the final.

However, her form has dipped a bit since as she made an early exit from both the China Open and Korea Open, slipping down to the sixth spot in the latest rankings. However, she will now look forward to bounce back at the French Open World Tour Super 750 tournament which starts from October 22 in Paris.