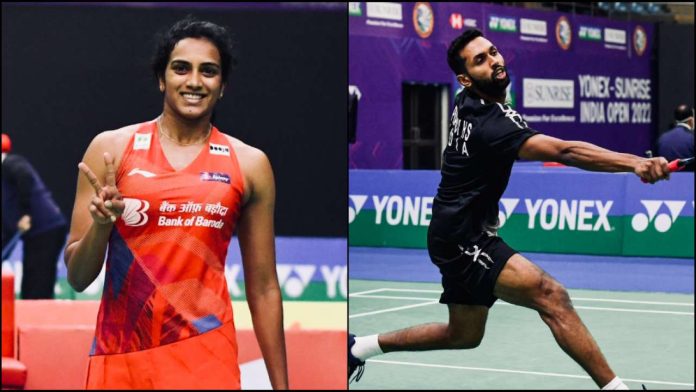 Indian shuttling icons PV Sindhu and HS Prannoy have earned their respective berth in the women’s and men’s final rounds after winning their semifinal matches on Saturday at the ongoing Swiss Open Super 300 tournament currently taking place in Basel, Switzerland.

Sindhu, the two time Olympic medallist who is coming off as the Syed Modi International tournament winner back in January, outperformed her Supanida Katethong in the women’s singles semifinal. In the exciting match that lasted for 79 minutes, Sindhu marked a 21-18 15-21 21-19 victory over her Thai counterpart and will face another Thailand star, the fourth seeded Busanan Ongbamrungphan in the final on Sunday.

The world no 7 Indian, seeded second in the tournament, made good utility of the court to start off the semifinal encounter by winning the first set. Supanida bounced back strong in the second set, taking a swift 16-7 lead and holding onto it as Sindhu started to lose her momentum.

Both shuttlers went neck to neck in the decider, with Sindhu taking a 4-1 lead but Supanida caught up to her to make it even at 7-7. Sindhu once again paced ahead to 16-13 but the Thai athlete made a five-point burst to take the lead, but the Hyderabadi shuttler caught up to her after Supanida went wide to make it 18-18. Both players were 19-19 soon after with Sindhu aiding from a net chord and holding the match point, she took home the win with a swift smash to end the decider 21-19.

Meanwhile, HS Prannoy marked another hard fought victory over Anthony Sinisuka Ginting, the world no 5 Indonesian shuttler to reach his first final in five years. Prannoy, the 2017 US Open champion, marked a 21-19 19-21 21-18 win over Ginting and will take on Jonatan Christie of Indonesia in the men’s singles final on Sunday.