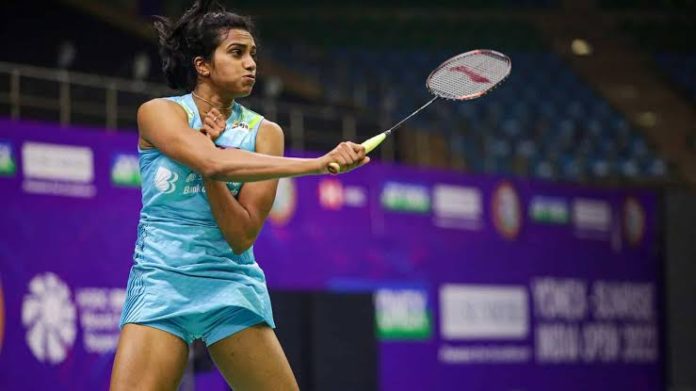 Star Indian shuttler PV Sindhu is representing her nation in the 22nd edition of the Commonwealth Games. However, she received a major scare upon her arrival in Birmingham when her Covid-19 report showed signs of deviation from normalcy.

Sindhu, like every other athlete and support staff reaching England for the multinational sporting event, was subject to an RT-PCR test taken within 72 hours before she arrived in the host nation. Another round of testing awaited the athletes once they reached Birmingham. However, due to deviations and invariabilities seen in the result of the first test, she learned that she would be forced to remain in isolation for a short period of time.

The two time Olympic medalist was required to isolate herself from the rest of the Indian contingent until she received a better report from her second Covid-19 test. The circumstance saw Indian Chef-de-Mission’s office maintaining constant contact with the UK authorities for a quick solution to the issue. Fortunately, the scary situation was soon dispensed with when Sindhu received the report of her second test, which turned out to be negative to everyone’s relief. She was allowed to enter the Games Village on Tuesday.

SINDHU HAS BEEN NAMED THE OFFICIAL FLAGBEARER OF THE INDIAN CONTINGENT

As a result, the announcement of the name of the flagbearer of the Indian contingent participating in the 22nd edition of the Commonwealth Games was delayed by the Indian authorities. Sindhu was the favourite to become the flagbearer, but Olympic Bronze Medalist Lovlina Borgohain was also in the run, in case the shuttler could not be present at the occasion for any unforeseen reason. Sindhu’s Covid-19 debacle created a rather difficult predicament. Nonetheless, the star shuttler was named the flagbearer of the Indian contingent once the situation was resolved.

“The players have been instructed to keep public interaction to a minimum and take safety precautions wherever needed,” IOA noted, asking players to keep to the village and not visit public places in Birmingham.