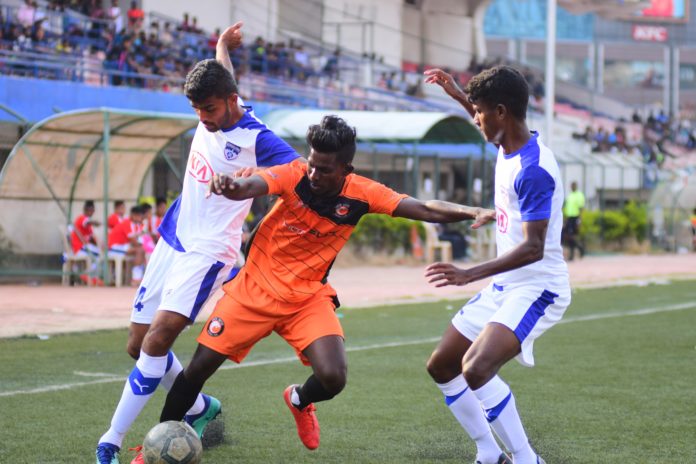 Bengaluru, October 10, 2018: Having beat CIL FC and ADE FC in the group stages, the loss to BFC ended South United FC’s Puttaiah Memorial Cup run. Bengaluru FC will go on to face MEG in the finals. 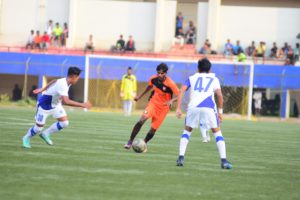 South United found themselves playing large parts of the opening 10 minutes without the ball. Bengaluru FC were able to retain the ball well and win it back quickly when they lost it. They grew into the game but were unable to threaten the BFC goal for the early parts of the match. On the other hand, BFC looked dangerous every time they got on the ball with some crisp passing in and around the SUFC box, having been denied on a couple of occasions by the SUFC goalkeeper Jayanth.

They found the opening goal of the game through Parag Shrivas as he chested down a cross from deep and slotted it past Jayanth in the 28th minute. Having conceded, South United started to get in the game more and created a few chances of their own. They came close on two occasions but couldn’t make their chances count.

The second half started off as a cagier affair as both teams struggled to create anything meaningful in the beginning. A set of two quickfire goals for Bengaluru FC in the 52nd and 54th minute meant that South United were left with a mountain to climb with not much time to do it.

SUFC went close on a couple of occasions through a couple of set-piece opportunities and some chances of open play but were denied by some great goalkeeping from the BFC stopper. What seemed like an insurmountable task for South United FC was turned into a more difficult proposition by BFC’s fourth goal scored in the 70th minute. They would add to that tally late on as the substitute Leon scored for BFC in the 85th minute to round off the scoring.