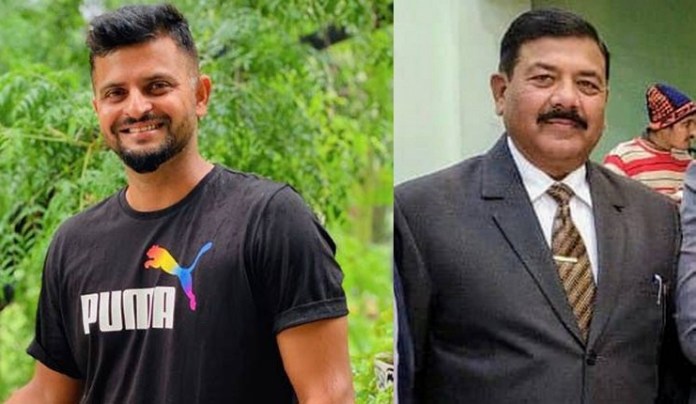 Former Indian batsman Suresh Raina went through a major tragedy last year. He lost his uncle and cousin during a robbery in their house in Pathankot, Punjab. The catastrophic incident took place in September 2020. After this incident, Raina even pulled out of the Indian Premier League (IPL) 2020.

In September 2020, a crop of robbers barged into the cricketer’s relatives’ house. The robbers beat up the family with sticks before running off with cash and valuables. While Raina’s uncle, Ashok Kumar, died on the spot, his cousin succumbed to his injuries at a private hospital a few days later.

Shattered by the loss, the Chennai Super Kings star had expressed his agony and even pleaded Punjab Chief Minister to probe into the case. Following the cricketer’s appeal, a Special Investigation Team was formed in Punjab. Three members of the gang involved in the attack were arrested in September last year.

On July 18, another person having a connection with the attack was arrested. The person is known as  Chhajju alias Chhaimar.

In an interview with Times Now, Additional Superintendent of Police Satyasen Yadav said: “The accused, Chhajju alias Chhaimar, was arrested from Pachpedha village that falls under Baheri police station, in a joint operation by Uttar Pradesh Special Task Force (STF) and Punjab Police.”

Chhajju told police that he left for Hyderabad after the incident. He stayed there for some time, and then returned to his village in Bareilly. The accused also revealed that the women members of the gang had entered the house as plant sellers. This helped them to collect the information and subsequently, the robbery was executed.

Suresh Raina, who missed last year’s IPL had a hot and cold season this year. In the opening match of the 2021 edition of IPL, the dashing left-hand batsman had a wonderful outing against Delhi Capitals, scoring a quickfire fifty. But he could not carry this momentum in the rest of the matches. Scoring just 123 runs in seven matches, Raina would like to contribute more towards his team as the veteran has limitless experience and potential.

But despite Mr. IPL’s hot and cold season, CSK are doing excellent as a team in the tournament. So far, they have won five games out of a total seven games. Hence, Raina would like to shine in UAE and take the MS Dhoni-led side to their fourth IPL title.

ALSO READ: “Hopefully, we can do it again this year for MS”: Suresh Raina wants CSK to win their fourth title for MS Dhoni