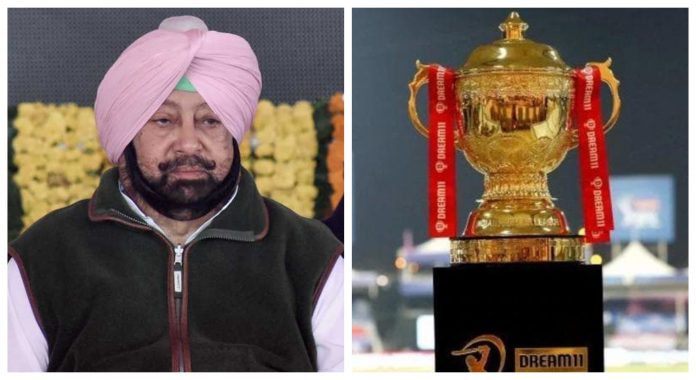 With the upcoming edition of the Indian Premier League (IPL) is around the corner, the Board of Control for Cricket in India’s (BCCI) took a call regarding its venues where they decided on six host cities that will conduct the entire tournament. However, that didn’t go down well with many and the latest inclusion in the list is none other than the Punjab Chief Minister Captain Amarinder Singh.

On Tuesday, he said that he was surprised with the exclusion of Mohali as one of the venues for the 2021 edition Indian Premier League (IPL). He also urged the BCCI to reconsider their decision as he said that Mohali can host the T20 league with all safety precautions as well.

“I am surprised at the exclusion of Mohali Cricket Stadium for the upcoming IPL season. I urge and appeal to @BCCI & @IPL to reconsider their decision. There is no reason why Mohali can’t host IPL and our Government will make all necessary arrangements for safety against #Covid19,” Captain Amarinder Singh tweeted.

I am surprised at the exclusion of Mohali Cricket Stadium for the upcoming IPL season. I urge and appeal to @BCCI & @IPL to reconsider their decision. There is no reason why Mohali can't host IPL and our Government will make all necessary arrangements for safety against #Covid19.

However, not only he but there are others also who opened up on this matter. Earlier, Telangana Rashtra Samiti (TRS) working president KT Rama Rao has also appealed to the board and IPL office bearers to include Hyderabad as one of the host cities for the upcoming edition of the cash-rich league.

“Open appeal to @BCCI and @IPL office bearers to include Hyderabad as one of the venues for upcoming IPL season. Our effective COVID containment measures are reflected in our low number of cases among all metro cities in India & we assure you of all support from the Govt,” Rao shared in a tweet.

Meanwhile, former India captain and current president of Hyderabad Cricket Association, Mohammed Azharuddin had backed him, citing that Hyderabad is capable of hosting the Indian Premier League (IPL) this year quite well in a bio-secure bubble.

“I strongly support the appeal by @ktrtrs. Hyderabad is absolutely capable of handling and conducting @IPL as per @BCCI’s directives and preparing a bio-secure bubble,” Azharuddin tweeted.