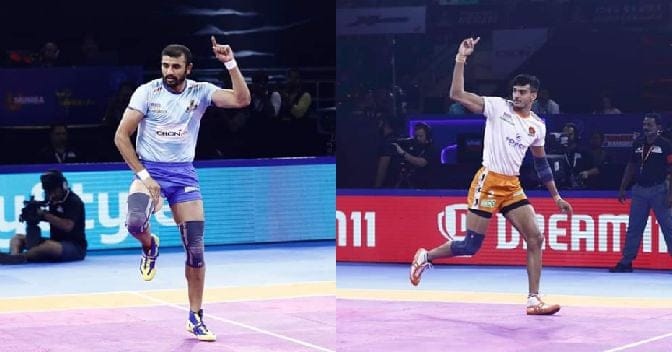 The fourth day of the Chennai leg of Pro Kabaddi League season 7 saw the Puneri Platans defeat the defending champions Bengaluru Bulls courtesy a terrific performance by the captain and star defender Surjeet Singh. On the contrary,Tamil Thalaivas failed to win their first game at home courtesy a spirited performance by the Pink Panthers who overcame their loss in the last game. 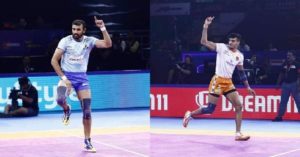 The famous rivalry of two captains and two teams who have always looked intimidating to one another tilted in the favour of the Puneri Paltans. The Paltans courtesy performances by Captain and star defender Surjeet Singh and young raider Manjeet went on to win the game and consolidate their position in the points table. The Paltans defence played very well to stop the storm of Pawan Sherawat as the Bulls raider could only take 5 raid points.

The Deepak Niwas Hooda led defeated the Ajay Thakur-led Tamil Thalaivas in a nail biter at the Jawahar Lal Nehru Indoor Stadium at Chennai, by virtue of performances by raider Nilesh Salunkhe and Defender Vishal, star players Sandeep Dhull and captain Deepak Niwas Hooda played their part and that was enough for the Pin Panthers to win the game. Ajay Thakur’s return to form was a good sign for the Thalaivas but with Manjeet Chillar still rested wasn’t a good sign for the Tamil Thalaivas.