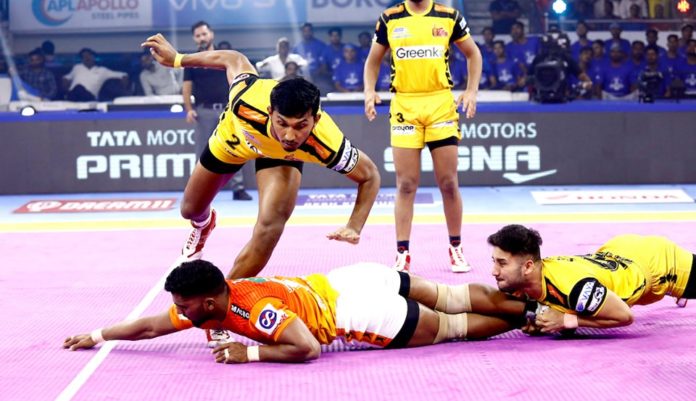 The Telugu Titans and Puneri Paltans played a hard fought 103 point thriller at the Panchkula leg of Pro Kabaddi League season 7. The only game on the fifth day of Panchkula leg saw super-10’s by Farhan Miligardhan, Rakesh Gowda of the Titans and Manjeet and Sushant Sail of the Paltans. It was the big names who were kept quiet by the defenses of both the teams as both Desai and Tomar were kept quiet by the respective defenses. 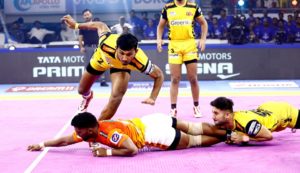 A high score thriller saw performances by Rakesh Gowda and Farhan Miligardhan and they were complemented very well by the defenders Aakash Arsul and Krushna Madane as the comparatively inexperienced defenders scored a well compiled high-five. For the Paltans it was performances by raiders Manjeet and Sushant Sail who completed super 10’s and the captain Surjeet Singh who scored seven tackle points and had an upper hand on the star raider Siddharth Desai, who couldn’t score more than 3 points in today’s game.

The last day of the Panchkula leg will see the Pink Panthers face the Bulls and hosts Steelers take on Telugu Titans.