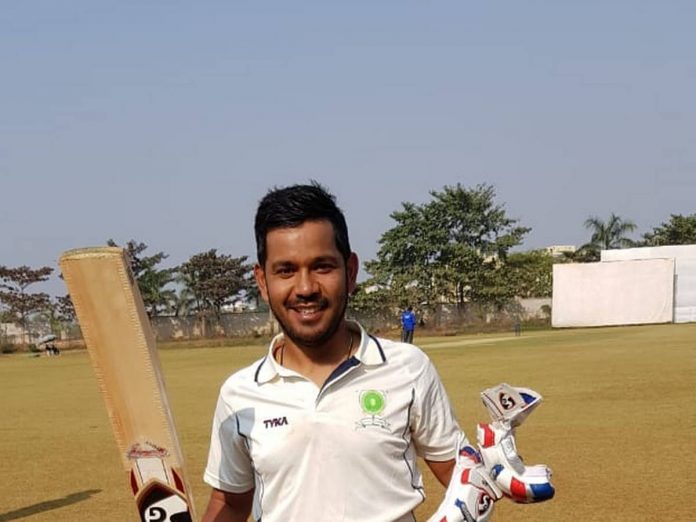 34-year-old Puneet Bisht guided Meghalaya to a staggering 130-run win over Mizoram with his unbeaten century. Leading the side and also keeping the wickets, he led the way with his innings of 146, which consisted of six fours and 17 sixes.

He entered the history books by slamming 17 sixes, which is the joint second highest in the shortest format of the game alongside T20 legend Chris Gayle. The Caribbean opener still holds the record with 18 sixes during a game in the Bangladesh Premier League.

Bisht entered the crease at a precarious situation of 28-2 in the sixth over. While Mizoram enjoyed a fruitful powerplay, they were no longer in the contest aftermath.

He brought up his half-century in 26 deliveries before switching gears to reach the three-figure mark in 41 deliveries. The former Delhi Daredevils player slammed 94 runs off his next 25 balls to end with 146 runs in just 51 deliveries. Bisht was involved in a 120-run stand for the third wicket with opener Yogesh Tiwari which laid the foundation for the explosion in the death overs.

The whirlwind knock propelled the team to a mammoth score of 230-6 with the second-highest score being 53 off 47.

Mizoram were never able to stake their claim during their run chase in pursuit of 231 at the Guru Nanak College Ground. They managed to play out the entire 20 overs but were only able to muster a meagre response in the form of 100-9, with only three batsmen reaching double figures.

With this result, Meghalaya climbs to the fourth spot in the plate table by notching 4 points. Bihar currently tops the table following their twin wins so far in the competition.

No room for racism in cricket: Nathan Lyon responds to the Mohammed Siraj incident at the SCG