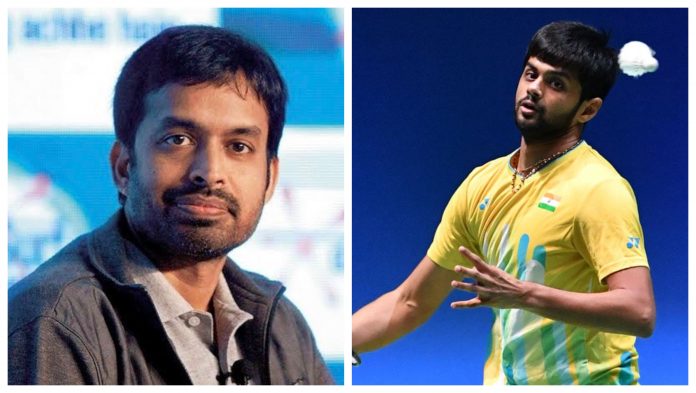 Indian chief national badminton coach Pullela Gopichand has decided not to join the Indian contingent destined for the Tokyo Olympic Games and has given his slot to Indonesian trainer Gopichand, who is currently mentoring B Sai Praneeth.

Courtesy of Gopichand, his slot is now given to Santosa, the trainer of Praneeth, who has been guiding the 2019 BWF Worald Championship bronze medallist since the onset of the COVID-19 pandemic.

“With just one quota available, Gopichand decided to opt out in order to ensure Santosa could be accommodated who has been training with Sai (Praneeth) since the pandemic,” Ajay Singhania, the General Secretary of the Badminton Association of India (BAI) revealed to PTI.

Back in June, the BAI had submitted a written application to the IOA about allowing a seven member support staff for the Tokyo-bound badminton squad. Unfortunately, with the pandemic still prevailing, along with a 33% support staff, only a five member team was granted.

Now with Gopichand switching his slot with Santosa, the Indian badminton team heading for the Japanese capital will consist of a total of nine members, including three overseas coaches- Tae Sang Park and Mathias Boe along with Santosa, two physios Sumansh Sivalanka (male) and Evangline Baddam (female) as well as the four qualified shuttlers- Sai Praneeth, PV Sindhu, Chirag Shetty and Satwiksairaj Rankireddy.

Under Gopichand’s guidance, India has seen two Olympic medallists in the last decade Saina Nehwal, who bagged a bronze at the 2012 London Games and P. V. Sindhu, who secured her silver at the 2016 Rio Games.

Sindhu is currently training under her Korean coach Park at the Gachibowli Indoor Stadium, while Denmark’s Boe has been training Chirag and Satwik ahead of their Olympics debut.