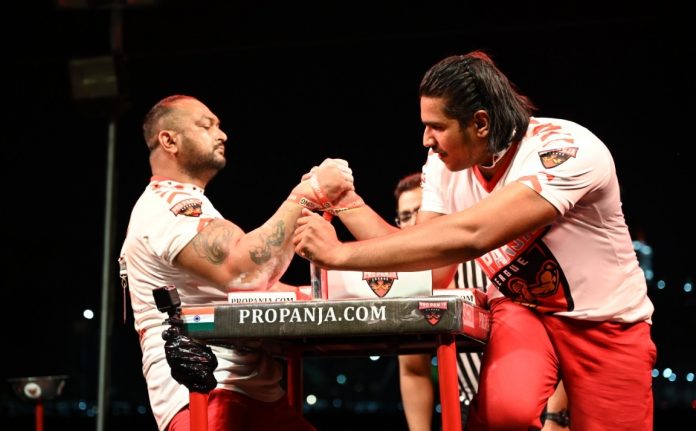 The biggest and the fastest growing Arm Wrestling League in Asia, the Pro Panja League held an event last month at the Radio Club Pier in South Bombay.

The venue stood parallel to the iconic Taj Hotel and the Gateway of India. The event featured 18 of the best Arm Wrestlers in India. The event which was dubbed as Pro Panja Mega Matches-1 had BookMyShow as it’s streaming partner.

Now the event is available for purchase on the Bookmyshow app and website for an introductory price of ₹117. The event will live-streamed on BookMyShow on 13th March at 7 pm IST and 14th March at 10 am IST.

The stream will also be available globally on BookMyShow. 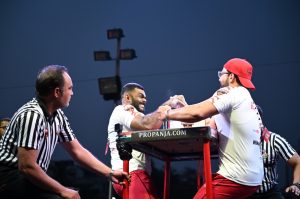 While there were a total of nine bouts in the Pro Panja event, the fight that captured the audience was the co-main event bout between Karaj Virk and Sachin Goyal. It was in fact one of the best Arm Wrestling bouts to take place in the country. Not only did both Arm Wrestlers go back and forth for five rounds, but the entire crowd also cheered in unison for both the athletes. 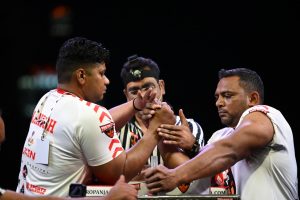 The kids that were present in the venue were probably witnessing a professional Arm Wrestling bout for the first time in their life and they were cheering for their favourite Arm Wrestlers, which is huge for a country where Cricket is a religion. It’s highly likely that these kids went back to their school the next day and tried the arm wrestling moves they witnessed in person at the venue.

The dance performances by the gravity-defying V-Dance Company had people grooving in their seats.