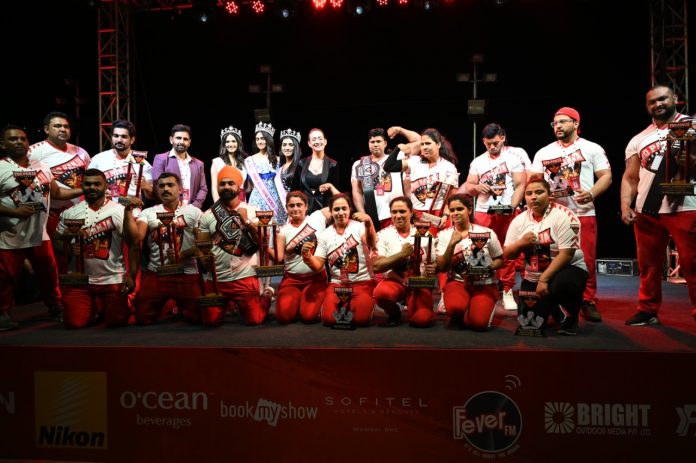 Pro Panja League started 2021 with a bang as it delivered another successful event at the mesmerizing bay of South Mumbai’s Radio Club Pier.

The league had planned numerous events across India in 2020 but the Coronavirus pandemic wreaked havoc around the world and systematic lockdowns were put in place with restrictions on public gathering including live sporting events. However, with the vaccine rolling out and caseloads going down, Pro Panja League wasted no time to host the first event of 2021.

The event will be headlined by Pro Panja League ranking tournament’s 100 kg Gold medalist Sunil Kumar and 100 kg+ gold medalist Dilshad MA who will compete for the Mega Champion belt. In the co-main event, PPL’s 80kg gold medalist Karaj Virk will take on the silver medalist Sachin Goyal in a rematch bout for the 80kg belt.

The Miss India’s were present to crown the champions of the Specially-Abled category, 80kg winner and the Pro Panja Mega Champion belt. They also shared the Arm Wrestling tables with the owner of Pro Panja League Preeti Jhangiani. 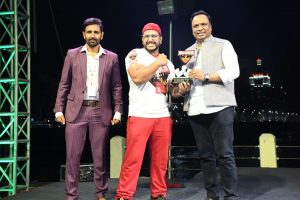 The opening bout featured a 90 kg match-up between league newcomer Sameer VT and 90kg second seed Harman Mann. It was a highly entertaining back and forth match-up for three-rounds. Harman took the lead in the opening bout as he defeated Sameer VT, following which he was absolutely hyped and roared his way back to the other side of the table. However, he lost steam and eventually was defeated by Sameer VT in Round 2 and Round 3.

In the second bout, Attar Singh took on Muhammad Hashim in the 100+kg category. Kerala’s Syed only took two rounds to defeat the big man from Haryana. In the third bout, Karishma Kapoor took on PPL 2020’s Silver medalist Parampreet Kaur in the women’s 65kg match-up. It took Parampreet just two rounds to dismantle the Delhi born Karishma Kapoor, who had the youth on her side.

The most entertaining match-ups amongst them were the co-main and main event. The Co-main event featured a rematch between Karaj Virk and Sachin Goyal. It was a highly entertaining back and forth between the pairs from Haryana and Madhya Pradesh respectively. After four rounds, the match was tied at 2-2 respectively, but the Karnal based Arm Wrestler Karaj Virk managed to win the fight in an extremely close match.

The main event featured two titans in Sunil Kumar who was the 2020 champion in the 100kg weight class and Dilshad MA, who had won the 100+ kg gold medal in the Pro Panja ranking tournament. This match-up was for the Pro Panja Mega Champion belt, which would determine the best Arm Wrestler in India.

It was billed as the fight between the ‘Legend’ and the ‘Superstar’. While Dilshad had the youth on his side, Sunil Kumar had the edge in terms of experience. The legend from Punjab defeated Dilshad MA without even breaking a sweat and won the fight in the first three rounds itself.

The event also had the dance performances from the Nalasopara based V company, that has won numerous TV shows in India.

The Pro Panja League is sanctioned by Indian Arm Wrestling Federation. The event was sponsored by Ocean’s Beverages that kept the athletes hydrated throughout the event. The other partners were streaming partner BookMyShow, Camera partner Nikon, Hospitality partner Sofitel BKC, Outdoor media partner Bright outdoor Media and Radio partner Fever FM. The winners and runner ups were also provided with health supplements from Fast and Up.