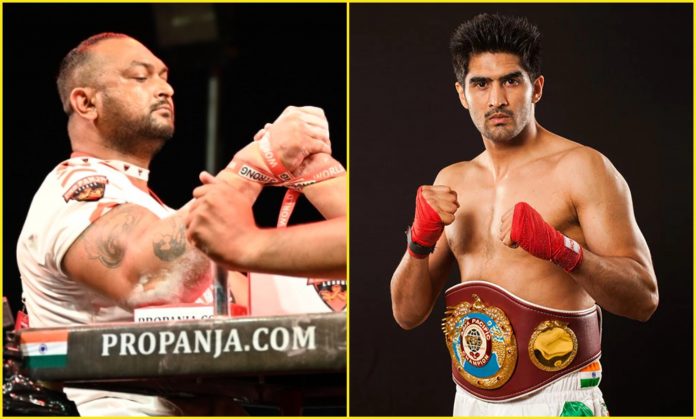 For the first time in India, an Arm Wrestling event is taking place in a casino that is bound to attract the attention of the people as they get to see the highly entertaining sport of Arm Wrestling mixed with a professional boxing bout featuring Indian boxing sensation Vijender Singh. 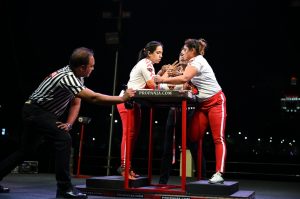 Vijender Singh will be fighting Russia’s Artysh Lopsan on this fight card. Vijender Singh and head of IOS Sports, Neerav Tomar were present as special guests for the inaugural season of the Pro Panja League that took place at the Thyagaraj Stadium in Delhi in February 2020.

Pro Panja League recently had a very successful event last month and it was billed as Pro Panja Mega Matches-1. The event featured the best Arm Wrestlers in the country in their respective weight classes. Panja Mega Matches-1 had three titles on the line for the specially-abled category, 80 kg category and the 100 kg category, which was to be given the title of ‘Mega Champion’.

The Pro Panja Mega Matches-2 will feature Siddharth Malakar, the 90kgs champ from the Pro Panja ranking tournament held in Delhi. Siddharth Malakar will take on the 100 KG Mega Champion Sunil Kumar, which will see both Arm Wrestlers vying for supremacy in the upper weight classes. The winner will be awarded the ‘Super Champ’ title. This bout will take place just before the main event fight between Vijender Singh and Artysh Lopsan.

The event will also feature the Under 65 kg Champ Chetna Sharma, who will take on second seed Parmpreet Kaur of Punjab who is fresh off of a win over Delhi’s Karishma Kapoor at Pro Panja Mega Match-1.

“I would personally like to thank Mr Neerav Tomar, head of IOS Sports, for always supporting us and to Vijender Singh Bhai for supporting us from the very beginning at Pro Panja League and also allowing us to have these two Pro Panja bouts on the Majestic Pride Casino Ship on March 19 during their fight,” Parvin Dabas, owner of Pro Panja League said.

“Pro Panja League is growing in popularity among people in India and it’s really amazing to see Panja being appreciated and loved as a sport. I would like to congratulate my friend Parvin Dabas for this unique sports league and I wish him the best for the future,” Neerav Tomar of IOS Sports said.