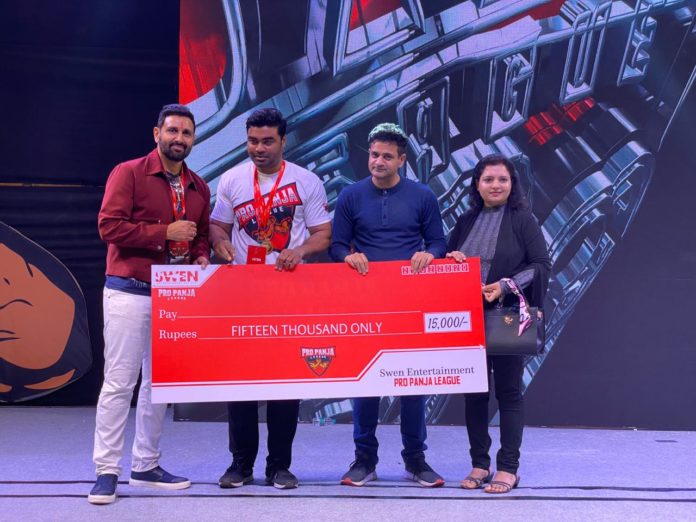 The league took place at the Thayagraj Stadium in New Delhi on 29th February.

Arm Wrestlers from North East made their presence felt in this tournament as they managed to grab 4 gold medalists across all the categories in the league. 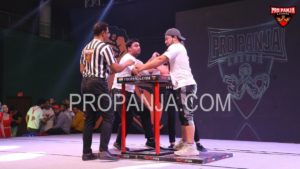 With ranking tournaments over, we had a chance to talk to 90kg gold medalist Siddharth Malakar, who hails from Assam.

We talked about her experience in Delhi and his preparations for the upcoming finals.

1) How are you doing, a few weeks on from winning at PPL 2020 preliminary rounds?

I am doing good, but a little out of touch from the gym activities with the current situation going on.

2) Has life changed for you after the win? If so how?

Of course, it has. Performing in the 1st ever Professional Arm Wrestling tournament in India and then becoming a champion in it makes me feel special and also allows me to present myself with an identity of a Pro Arm Wrestler.

3) How are you preparing for the PPL finals and are you doing any special training?

Well, I was going through some training a few weeks ago but as I said, due to the current situation now (coronavirus) I’m slightly out of touch from my practice.

4) Any specific player that you are looking at as a major competition for yourself at the finals?

You can’t think of any specific Arm Wrestler because everyone practices to become a champion. Everyone in this game is a tough contender. So sometimes you win and sometimes you lose when someone else comes up with better practice than you.

5) How do you think the pro arm wrestling scene in India can be further made more popular?

Pro Panja League has given a wonderful platform for the players till now. if we compare with the other sports where different teams are made wherein players from different states participate in one particular team and then compete with the other team.

So I find it best when you are asked to fight a supermatch representing a particular team against a player of the opposition team and accordingly you select the best team in the end. Well, I find this method best which can really make the game more popular.