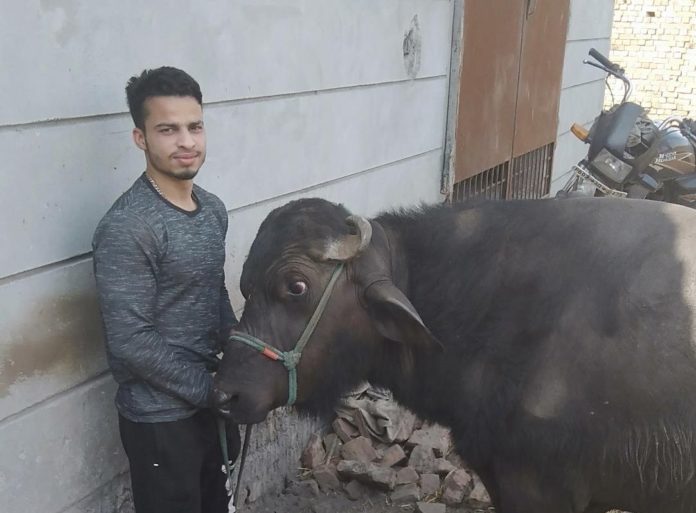 The league took place at the Thayagraj Stadium in New Delhi on 29th February. Arm Wrestlers from Punjab performed exceptionally well in this tournament. This event turned Arm Wrestlers into superstars.

The event was a massive success and was attended by the likes of Mr. Kiren Rijiju (current Minister of State of the Ministry of Youth Affairs and Sports), Indian boxing star and current WBO Oriental and WBO Asia-Pacific super middleweight champion Vijender Singh.

Owner of Pro Panja League, Mr. Parvin Dabas had a nice chat with the 60kg gold medalist Parmeet Singh. His match was also the first finals match to take place and he and his opponent Vanlallura put on a terrific display of Panja which even got Kiren Rijiju Ji and Vijender Singh hyped. 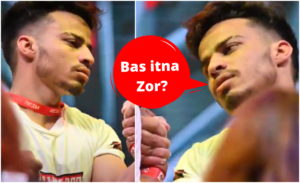 Hailing from Amritsar, the 22-year old talked about his recent experience at the inaugural event of Pro Panja League. Parmeet who also owns a dairy farm 6 kilometer outside Amritsar got interested in Arm Wrestling in 2017 after getting inspired by his elder brother.

“I started arm wrestling in 2017 after seeing my elder brother win tournaments. He told me to start doing the same and since then I have never looked back,” Singh said.

Parmeet has been a part of three national championships. Prior to winning gold at PPL, he also secured a silver medal in the 55kg senior men category at the 2019 National Championship held in Bhilai.

“Since I started Arm Wrestling, I have only lost in one tournament. After that I have won in all the tournaments I have participated in. I would either get the first position or second.” Singh continued.

Apart from being extremely dominant against his opponent, Parmeet Singh also likes to play with his opponent psychologically.

Throughout his matches against fellow Arm Wrestlers, he can often be seen taunting his opponents while in a grip. His trash-talking skills along with his ability to beat his opponents makes him one of the most entertaining arm wrestlers in India.

“I didn’t use to do this earlier,” Singh said. “Previously I was only focused on winning, but after watching other professional arm wrestlers talking to their opponent during the match inspired me to take a similar route.”

“In recently concluded PPL tournament in Delhi, I had a back and forth with my opponent, and at the end, I was able to get to him mentally and beat him,” Singh said.

Parmeet Singh’s recent success in Pro Panja League has inspired his friends to take up the sport professionally as well.

“I am very happy with the arrangements made by PPL. I never even thought that a sport like Panja could get such a platform in Inda. In fact, even my friends are very excited by this and at least 10 of them are inspired by my success and want to compete in the next edition of PPL,” Singh said.