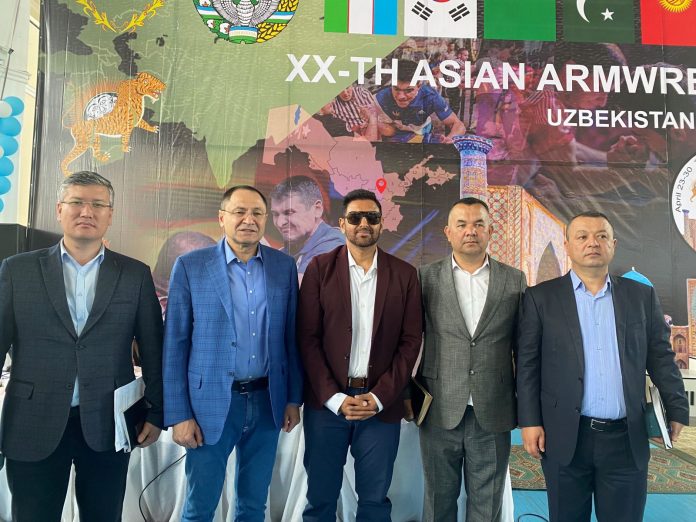 At the arm-wrestling competition, Parvin Dabas, announced that Pro Panja League is
planning strategic tie-ups with the Asian Arm Wrestling Federation. One of the key
factors of the collaboration being bringing overseas arm-wrestling coaches to India to
train the country’s rapidly growing arm-wrestling community. 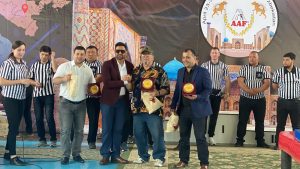 Speaking on his experiences in Samarkand, and the planned strategic tie-ups,
Parvin Dabas, said: ” I am honoured to attend today’s tournament and look forward
to strengthening the ties between the Indian arm wrestling fraternity and the Asian
Arm Wrestling Federation. In just over two years of the Pro Panja League, we have
unearthed some of the most promising arm wrestling talent in Asia. This proves that
given the right platform, opportunities and training, India has the potential to become
a global powerhouse in the sport. ”

Meanwhile, Jeenbek Mukambetov, President of AAF said, “We are delighted to
have Parvin here with us today, as his understanding of the challenges in arm
wrestling and his vision for the sport is truly impressive. We both have a profound
belief in the unifying power of an inclusive sport like arm wrestling which can be
played by all, without the need of any complicated equipment or huge infrastructure.
The sport has great potential in Asia and we look forward to collaborating with the
Pro Panja League to create further opportunities in the sport, including hosting a
future round of the Asian Cup in Delhi.”

At the arm-wrestling competition, Parvin also presented the dignitaries with Pro
Panja mementos and received traditional Uzbek momentos in return. Members of
the Indian Arm Wrestling Federation – President Hashim Zabeth, General Secretary
Pran Chaliha, and Chief Referee Mustafa Ali – were also present at the event.
With his eyes on improving India’s international standing in the sport, Parvin will also
attend the World Arm Wrestling Championship 2022 in Turkey as a special guest,
later this year.