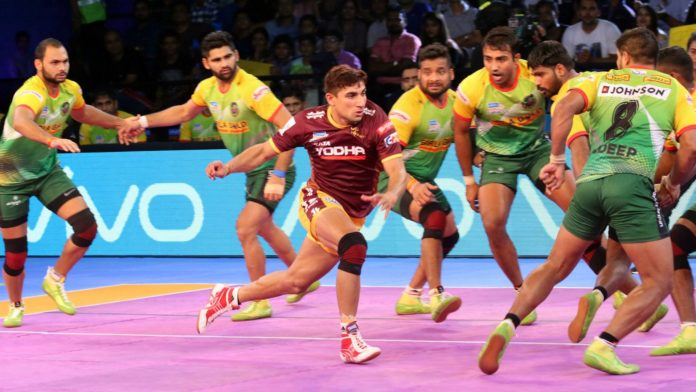 UP Yoddha obliterated Patna Pirates 47-31 in the Zone B of the 2018 Pro Kabaddi League. Meanwhile, in Zone A, Gujarat Fortunegiants pipped Jaipur Pink Panthers 34-29.

Despite the victory, UP Yoddha sit second from the bottom on the points table with 47 points from 20 matches. Patna Pirates, on the contrary, is second in their zone with 52 points from 19 matches.

In the Zone A, despite the win, Jaipur Pink Panthers sit rock-bottom with 34 points from 18 matches. The Fortunegiants, on the other hand, is in the second position with 83 points from 20 matches.

Like the first match, the second one was, too, a one-sided affair with Gujarat Fortunegiants picking up an unassailable 10-3 lead. Jaipur Pink Panthers tried their best to cover up the lead but succumbed 34-29 in the end.

Tomorrow, Bengaluru Bulls will cross swords against Telugu Titans in the Zone B. On the other hand, Jaipur Pink Panthers will lock horns with Haryana Steelers in Zone A.