Bengaluru Bulls trashed Telugu Titans in the with a scoreline of 44-28. With this defeat the chances of Telugu Titans to go to the playoffs hampered a bit . Telegu Titans still situated at the third position in the League Table of Group B. They collected 50 points in 20 matches so far this season. On the other hand, Bengaluru Bulls’ hope to finish at the top of the Group B still remain intact. 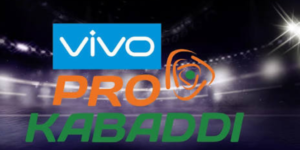 In the Group A, the chances of qualifying are more for U Mumba and Puneri Paltans. In Group B, the competition is tougher. Four teams are giving their best to qualify to the playoffs of this season. Bengaluru Bulls are in a slightly advantageous position. On the other hand, Bengal Warriors have their home leg left. So, there will certainly be some absorbing contests coming in our way in this Group to reach the playoffs of this season.