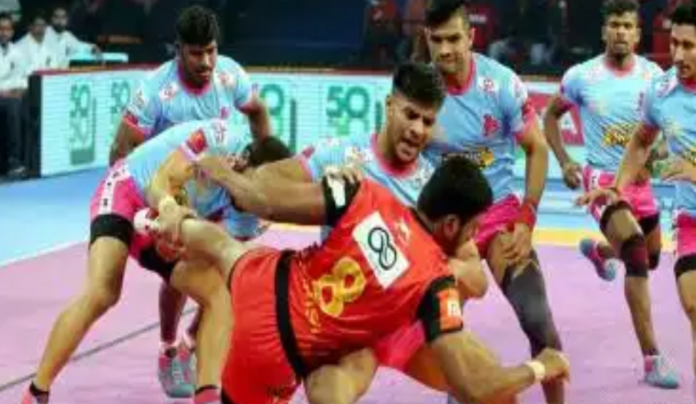 Bengaluru Bulls trashed Jaipur Pink Panthers on Sunday at TransStadia Indoor Arena with a margin of 45-32. After this win, Bengaluru Bulls went to the top of the table of Zone B with 40 points in 10 matches so far in this season. On the other hand, Jaipur Pink Panthers stayed at the bottom of the table in Zone A with 17 points from 11 encounters so far. 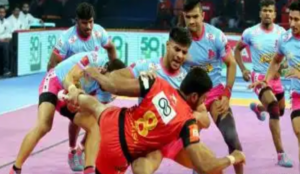 Pawan Kumar was the star raider of the match for Bengaluru Bulls as he bagged 19 raid points tonight. Deepak Niwas Hooda was the best raider for Jaipur Pink Panthers. However, he was not able to match the numbers of Pawan Kumar on the mat. In the other match of the night, the home side Gujarat Fortune Giants pulled off another win in front of the home crowd against UP in in the Inter Zone match.

Gujarat Fortunegiants stayed at the second position in the League Table of Zone A with 47 points from 11 encounters so far in this season. On the other hand, UP Yoddha stayed at the fifth position in the League Table in Zone B with only 29 points from 15 encounters. Now it will be really tough for UP Yoddha to make their way to the playoffs in this season.