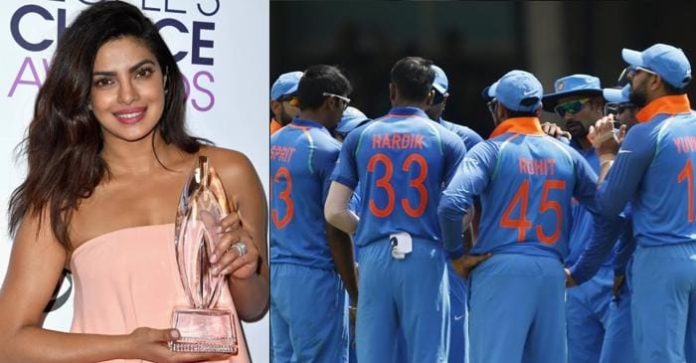 Indian Actress Priyanka Chopra and her loves for Indian sports is nothing new for the Bollywood lovers, the Indian actress who is promoting her new film The Sky is Pink revealed on Nerolac Cricket Live that her favourite cricketers are Virat Kohli and Rohit Sharma. 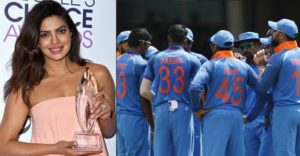 She also revealed that her uncle had been a Ranji player and she would often go to the stands to watch matches with her father. “My father used to love cricket. So, whenever there was a tournament, we would watch it together. If I used to get up from my seat during the match, and an Indian player hit a six, I was made to keep standing for some time. Cricket was a big thing at my place. My uncle has played Ranji cricket so it’s kind of a mad cricket-loving family,” she said.

She also narrated an interesting incident during the ICC World Cup 2019 where India locked horns against England. While her in-laws cheered for England, the actress sided with Kohli & Co. with her mother. Unfortunately,Indian lost the match by 31 runs.