Prithvi Shaw has opened up about his failed fitness test ahead of the 2022 IPL. The opening batter fell short in the Yo-Yo Test after returning a score of 15, with the test requiring a minimum score of 16.5 to pass. He was part of the 10-day fitness camp held by the BCCI at the National Cricket Academy in Bengaluru.

Despite failing the fitness test, Shaw will be allowed to participate in the upcoming 2022 IPL. He is part of the Delhi Capitals franchise and was retained as their third choice player ahead of the mega auction.

A source close to developments at the NCA, had hinted that Shaw’s recent campaign with Mumbai in the Ranji trophy could be a reason behind his poor return in the fitness test. The source had said:

“These are just fitness updates. Obviously, it doesn’t stop Prithvi from playing for Delhi Capitals in IPL. It’s just a fitness parameter and not the be-all and end-all… Look, he has played three Ranji matches back-to-back. Once you play three first-class games on the bounce, the fatigue can also affect your Yo-Yo score,”

Earlier today, Shaw posted a story on his Instagram account with a message for his critics, who apparently have been judging without knowing the entire situation. His story stated:

“Please don’t judge me when you don’t know my situation. You are creating your own Karma,” 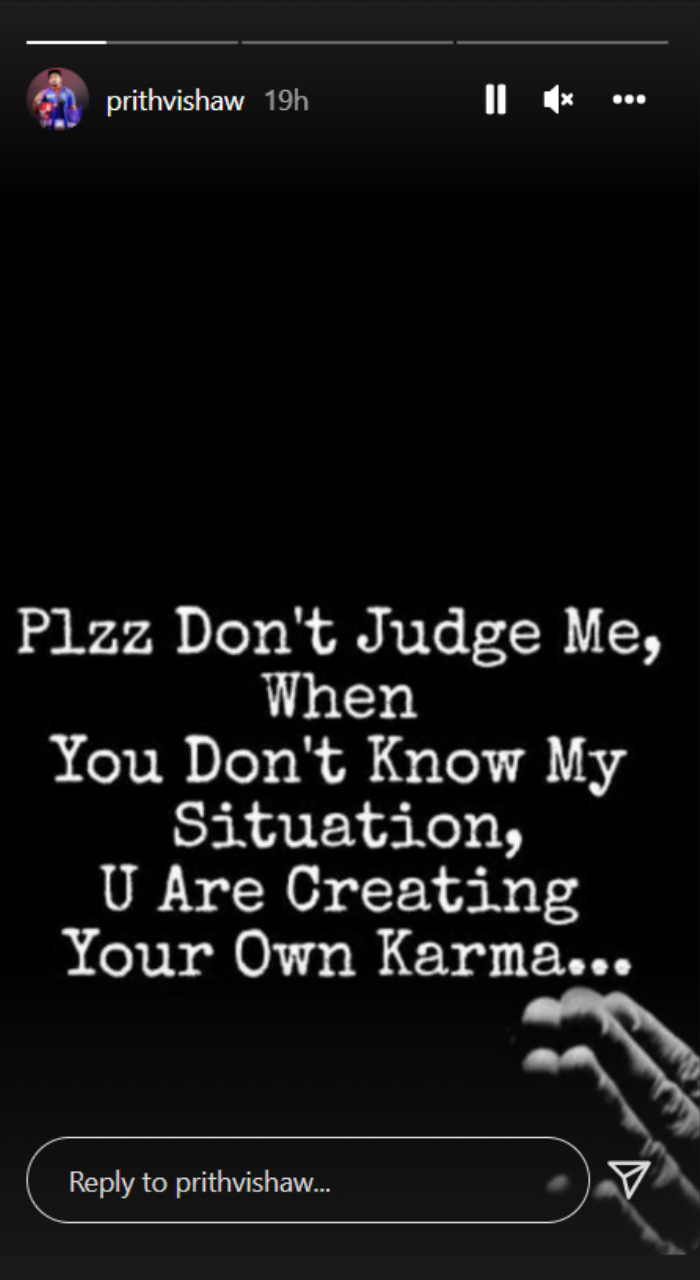 Shaw was touted to be the next big thing in Indian cricket ever since rising up the ranks in his youth cricket days. Following his success at the U-19 World Cup in 2018, the batter was handed his Test debut. The youngster lived upto his expectations with a hundred on his debut against West Indies at Rajkot.

However, poor form and controversy followed the U-19 winning skipper. He was handed a one-year ban for testing positive for a banned substance during a random drug test. Shaw lost his spot in the grand scheme of things following twin failures in the infamous Adelaide Test in December 2020.

The rise of the likes of Rohit Sharma, Mayank Agarwal, Shubman Gill and KL Rahul at the top of the order has frozen Shaw out of the Indian side.