Home Cricket Prithvi Shaw ruled out of the Adelaide Test with a lateral ligament... 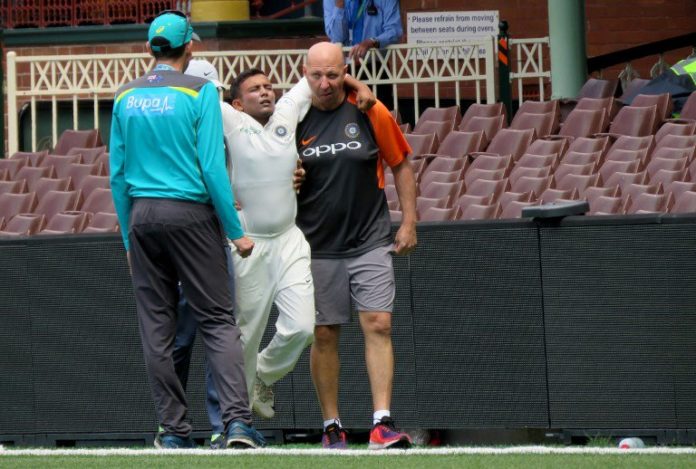 One of the brightest upcoming cricketing talent Prithvi Shaw was handed a major injury just six days ahead of their four-Test series against Australia in Sydney Cricket Ground. He has been ruled out of the Adelaide Test with a lateral ligament ankle injury.

Shaw injured his ankle against Cricket Australia XI while he was fielding in the on the deep mid-wicket fence while he caught the opener Max Bryant, but fell as he landed awkwardly on his left ankle as it bent 90 degrees which caused him to fall on the ground and tumble beyond the boundary lines. 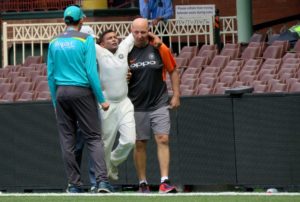 Shaw was immediately attended by the India physiotherapist Patrick Farhart, Shaw appeared to be in deep pain as well. BCCI confirmed later that he was taken to the hospital for the scan where the injury details were revealed.

Update: The medical team is assessing Prithvi Shaw at the moment. He hurt his left ankle while attempting to take a catch at the boundary ropes. Shaw is being taken to the hospital for scans #TeamIndia pic.twitter.com/PVyCHBO98e

Many are dubbing him as the next Sachin Tendulkar with the talent he has shown in such a young age.

“He’s a spectator’s delight. There’s a bit of Sachin (Tendulkar) there, a bit of Viru (Virender Sehwag) in him and when he walks there’s a bit of (Brian) Lara,” India coach Ravi Shastri said after Shaw’s impressive debut Test series.

SportsIndiaShow.com wishes Prithvi Shaw an early recovery and we hope to see him back in the crease at the earliest.

Aus vs Ind- 3rd T20I Review: Virat Kohli leads the charge as India announce themselves on the Aussie shore