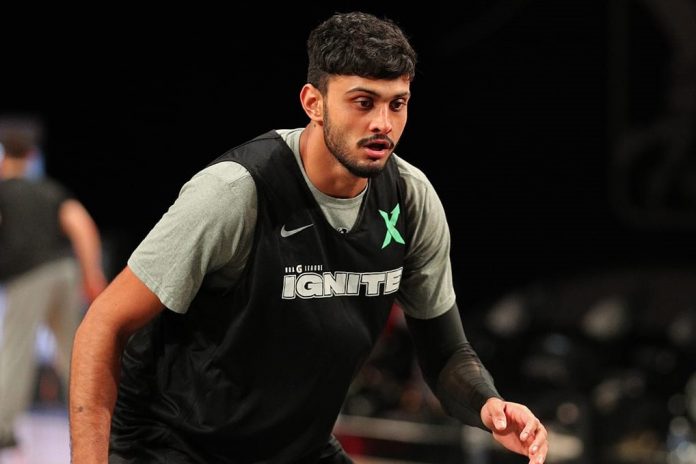 On the heels of his much-awaited debut for NBA G-League side Ignite squad, Indian basketball youngster Princepal Singh has two options on his hand- either remain in the G-League or switch over to the Summer League.

The first graduate out of the NBA Academy India, Princepal became the third player from his country to debut in the G-League, following Satnam Singh and Amjyot Singh Gill. The 20-year-old played his first Ignite game against Santa Cruz Warriors in their 2021 season opener.

Unlike his teammates such as Jalen Green, Jonathan Kuminga, Isaiah Todd, Daishen Nix and Kai Sotto, Princepal became the first player from the NBA Academy to join the G League after signing a one-year deal with Ignite.

With the conclusion of the 2021 G-League season and coming out of the bio-bubble, Princepal’s contract with Ignite is over and the player can opt for two things- either stay in the G-League for another season, or move on to the 2021 Summer League which is rumoured to take place in August this year.

After the 2021 season was over, Princepal had returned to India, before flying back to the US for some offseason work and making an appearance to the media for the first time since coming out of the bubble, the player opened up about the plans he has for his future endeavors in basketball.

“The season is done. So, my contract is over,” Singh said in a recent interview, “right now, I’m just practicing and training. I might play with another [G League] team but I’m not sure.”

“Right now, my training is going on and it’s going well. I’m not sure about what’s next but I might play in the NBA Summer League or with another G League team,” he added.

While he worded the bio-bubble experience with Ignite as ‘little tough’, Princepal did reveal that joining the side was a ‘big deal’ for himself, who made 4 appearances for the team this season, clocking a total of 25 minutes of playing time.

However, the towering 6-foot-9 prospect hailing from Gurdaspur, Punjab, Princepal has no plans to represent the Indian national team as of now.