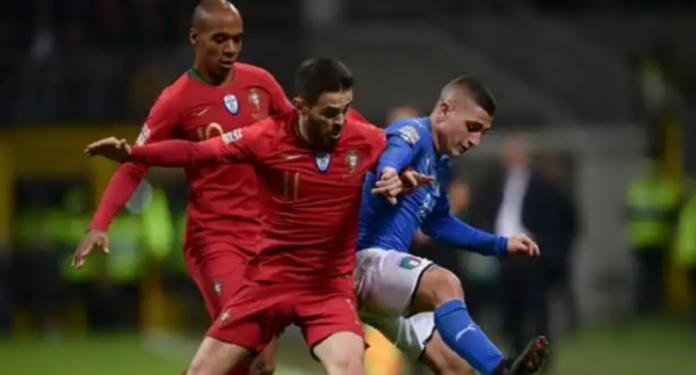 Portugal went to the next round of the UEFA Nations League with a 0-0 draw against Italy on Saturday. After this result, Italy finished off their Group Stage campaign with 5 points from their 4 matches. On the other hand, Portuguese National side collected 7 points in 3 encounters so far in this competition and they still remained unbeaten. Poland relegated to the League B from this Group in the UEFA Nations League. 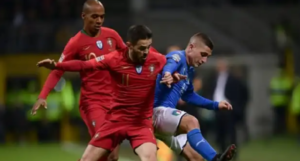 Both the sides got several opportunities in this match; but they were not able to convert those chances into Goal. Ruben Neves and Mario Rui were shown yellow card in the first half of the match and it ended with a 0-0 scoreline. In the second half of match, Joao Cancelo, Jorginho, Leonardo Bonucci, Federico Chiesa were booked. Joao Mario came in for Pizzi at the 68th minute of the match. Kevin Lasagna and Lorenzo Pellegrini came in for Ciro Immobile and Marco Verratti for Italian National side in the second half of the match.

On the other hand, Bruma was replaced by Raphael Guerreiro at the 85th minute of the match. Domenico Berardi came in for Federico Chiesa at the 88th minute of the match. However, these substitutions were not enough for Roberto Mancini’s side to break the deadlock in this match. The match ended with a 0-0 draw at San Siro and Portugal qualified to the next round of the competition.