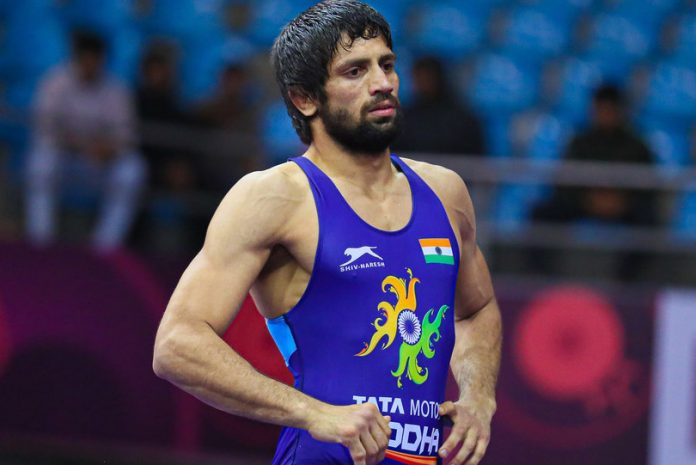 Ravi Dahiya once again proved why he is one formidable foe on the mat as the freestyle Indian wrestler sailed across a series of consecutive wins to make it to the final of the ongoing Poland Open Ranking Series event in Warsaw on Wednesday.

Having qualified for the Tokyo Olympics in his regular 57 kg category, Dahiya opted to remain at 61 kg for the Poland Open, which is the last ranking event before the Olympics and kick off his campaign in the tournament by registering three wins.

His first prey was World junior champion Gulomjon Abdullaev of Uzbekistan, whom Daniya thrashed 10-1. Then, he outclassed World under-23 silver medallist Adlan Askarov and despite a tough showing from the Kazakh grappler, defeated him 13-8.

#WrestleWarsaw: That was quite remarkable by Tokyo-bound Ravi Kumar Dahiya at the Poland Open. Was trailing 0-8 at the start of the second period against the KAZ wrestler, came storming back with relentless attacks to win 13-8. Left his opponent winded at the end. pic.twitter.com/BpKV1QM6Qc

Dahiya’s next opponent in the quarterfinal was American wrestler Nathan Khalid Tomasello, whom he defeated 9-5 to lock horns against Reza Ahmedali Atrinagharchi in the semis. The 23-year-old, who hails from Sonipat, beat the Iranian 7-4 to seal his final spot.

Despite all of his opponents targeting Dahiya’s left leg across the bouts, the reigning Asian champion and 2019 World Championship bronze medallist displayed sheer stamina that resulted in him cruising through the matches. Now, Dahiya will be facing Abdullaev in the 61 kg final.

While Dahiya’s stupendous performance at the Poland Open has upped India’s medal hopes in the Olympics, his compatriot Deepak Punia decided to pull out of the event yesterday due to a left arm injury, leaving Dahiya as the only Indian in the men’s category in the event.

Earlier, Bajrang Punia pulled out from the Poland Open and travelled to Russia for his training camp, while Sumit Malik (125kg) is currently under suspension for failing a dope test.

Meanwhile, the women’s counterpart will see gat and Anshu Malik will take their mats this Friday in the women’s 53 kg and 57 kg events respectively. Seema Bisla (50kg) and Sonam Malik (62kg) did not travel to Poland as they are still recovering from their injuries.