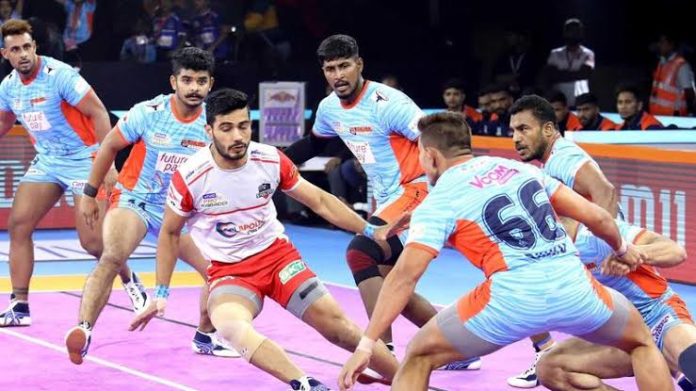 Maninder Singh was the star for Bengal Warriors as the side consolidated their second place after comfortably easing past Haryana Steelers 48-36 in the only game of the night. 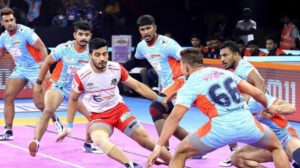 Right from the first half, it was a pretty straightforward task for Bengal Warriors, who dominated throughout the match.

Along with Maninder Singh, K Prapanjan and Mohammad Nabibakhsh too joined hands to rack up points against a weak Haryana defence.

Overall, Bengal displayed an all-round performance that saw them not only dominate through their raids but also with their defence.

Bengal Warriors inflicted two all-outs in the first half itself that saw them take a mammoth 15 point lead and gain stronghold on the match. The side never let Vikas Kandola unleash his best performance and kept him on the sidelines for most of the time.

The half time saw Bengal go in with a 16 point lead (30-14). Vikas tried to close the deficit and went on to deliver a four point raid in the early stages of the second half, thereby inflicting an all-out.

But him and Vinay’s efforts only went in vain as Prapanjan kept on chipping away with points at regular intervals to keep Bengal’s sizeable lead intact.