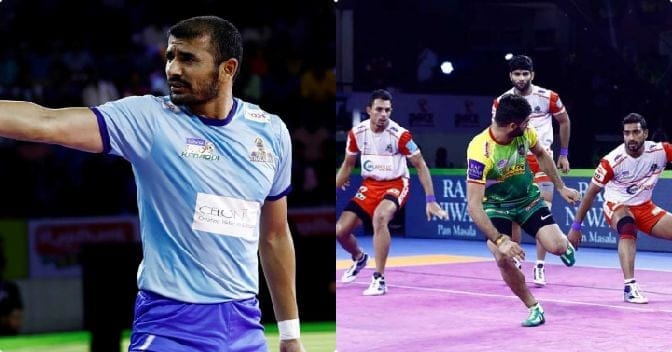 A cool, calm and collective performance from the captain of the Tamil Thalaivas helped them play a tie against the UP Yoddhas. The game between the Thalaivas and Yoddhas ended in a tie courtesy a point by the captain Ajay Thakur in the buzzer raid of the game. In the second game of the day at the Patliputra Sports Complex in Patna, the hosts Patna Pirates lost their third-consecutive game in their home leg. Pardeep Narwal’s hard fought 14-raid points went in vain as the Pirates couldn’t stitch an epic comeback to win the game. 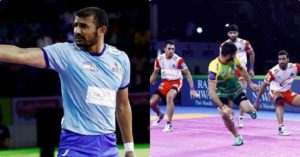 The second tie of the season ,courtesy a point by the Iceman Ajay Thkur in the buzzer raid of the match. An all-round performance by both the teams helped them seal a tie and get two points each. The Veteran and Thalaivas All-rounder Manjeet Chillar was the star of the game as he scored 4 tackle points with a 100% strike-rate.

The wait for Pirates continues as they wait for a win in their home leg. A game where their top-raider Pardeep Narwal came in to top form as he completed a super-10 and announced his comeback to form. His opposite number Vikas Kandola also completed a super-10 and that helped the Haryana Steelers win the game as they had taken a considerable lead in the first half of the game.