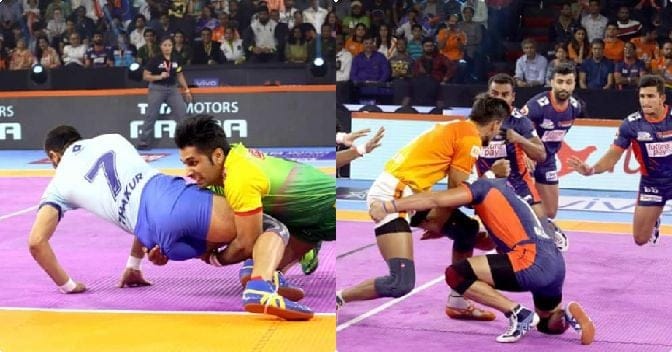 The third day of the Mumbai leg of Pro Kabaddi Season 7 saw the Tamil Thalaivas lose another game by one point against the three time champions Patna Pirates as defenders Jaideep and Monu helped Patna Pirates win the game by the finest of margins. Bengal Warriors showed composure and defeated the win-less Puneri Paltans by a margin of 20 points courtesy performances by star raider Maninder Singh ad the Iranian Nabibaksh. 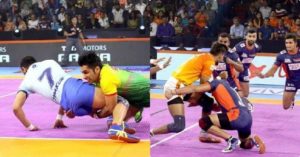 The Thalaivas defence were successful in keeping the duo of Pardeep Narwal ad Jang Kun Lee silent but star defender Jaideep and super sub Monu who is the replacement for star Indian defender  Surender Nada proved themselves with a spectacular performance. It was Jaideep who kept the Thalaivas Raiders in control and kept the Pirates in the lead. A win against the Thalaivas propelled the Patna Pirates to third position in the league table.

The Warriors yet again proved to be a solid team after losing a close game against the Jaipur Pink Panthers . The duo of the star raider Maninder Singh and Mohammad Nabibaksh scored most of the raid points as Singh completed yet another super 10. The young defender Rinku Narwal scored 5 tackle points which proved to be the last nail in the coffin. The Puneri Paltans have now suffered three losses in the three games they have played and will now looking for several answers, in order to better their performance.

The new role of Ajay Thakur as the Police Superintendent