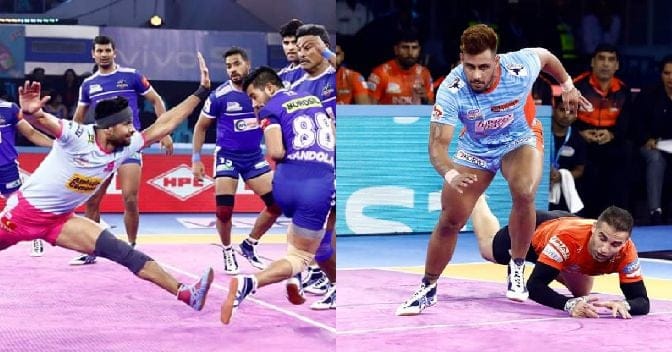 Deepak Niwas Hooda came back in form but the resurgent Steelers defense didn’t let the game slip from their hands as both Jaipur Pink Panthers and Haryana Steelers settled for a draw after 40 minutes of exuberant game of Kabaddi at the Netaji Subhash Chandra Bose Indoor Stadium in Kolkata. In the other game of the day hosts Bengal Warriors defeated the high flying U Mumba as Arjun Deshwal’s heroics went in vain as the Bengal raiding trio hit form at the right time. 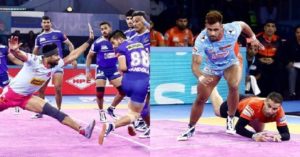 A game which will be remembered for the resurgence of Deepak Niwas Hooda and the Haryana defense coming back into form to hold the Pink Panthers for a draw. The Haryana defense trio was in prime form as Sunil and Ravi Kumar stitched a well made high-five and the veteran defender Dharmaraj Cherlathan scored 3 tackles point. The two raiders Prashant Kumar Rai and Vikash Kandola showed exquisite form as both scored 6 points each.

Sukesh Hegde showed his class as he replaced Prapanjan who was given rest for today’s game against U Mumba. An all-round performance by the Bengal team helped them to defeat the Mumba team in a close ought game. Mohammed Nabibaksh was again present to show his class and the Iranian scored four tackle points to showcase his talent on the mat. The Mumba team depended only on Arjun Deshwal as the young raider scored 15 raid points and kept his team in the game but he didn’t get proper support from the Mumba defense which performed very well against the Telugu Titans as Harendra Kumar and Surinder Singh couldn’t open their account.