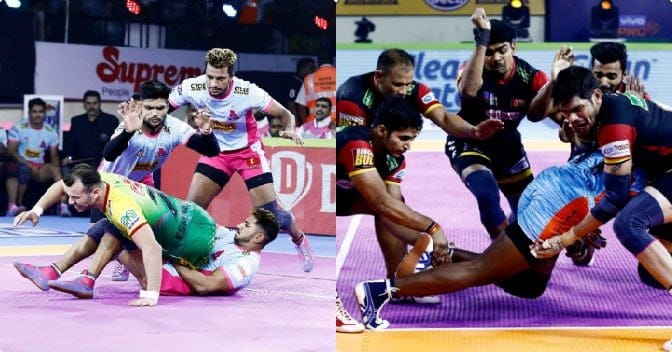 The first day of the Patna Leg of the Pro Kabaddi league season 7 saw hosts Patna Pirates losing to the Jaipur Pink Panthers by a considerable margin and Bengaluru Bulls edging out Bengal Warriors by one point at the Patliputra Sports Complex in Patna. With the win against Pirates the season one champions Jaipur Pink Panthers moved up to first spot in the leaders board. 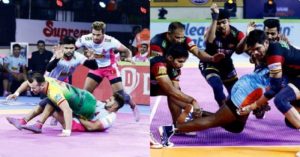 The first game at home for the Pirates ended in defeat as the Jaipur Pink Panthers decimated them by 13 points to win their fourth game in a row. Deepak Niwas Hooda failed to collect any raid points but it was ex-Pirates men Deepak Narwal and Amit Hooda who pinned the pirates into the coffin. Pirates star raider Pardeep Narwal showed class on his way to collect 9 raid points. The star of the match was Jaipur’s star defender Sandeep Dhull who scored 8 tackle points with a 100% strike-rate.

Yet another close game and yet again it was one-point which decided the winner. 29 raid points by the star Bulls raider Pawan Sherawat helped the team to win a close game.Whereas the Bengal Captain and star Raider Maninder Singh and Prapanjan showed class and both of them completed their individual super-10.