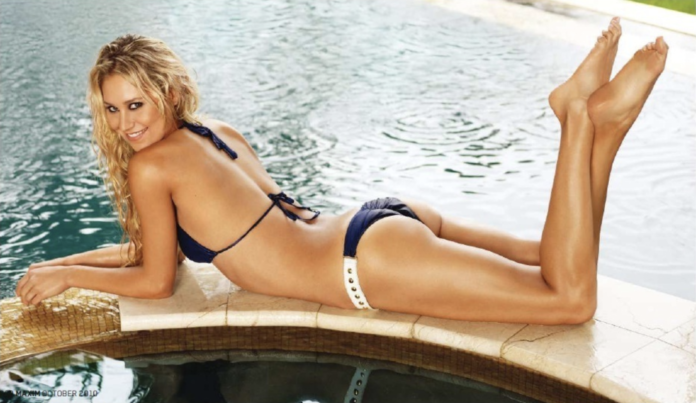 Anna Sergeyevna Kournikova born 7 June 1981 is a Russian former professional tennis player. Her appearance and celebrity status made her one of the best-known tennis stars worldwide. At the peak of her fame, fans looking for images of Kournikova made her name one of the most common search strings on Google Search. 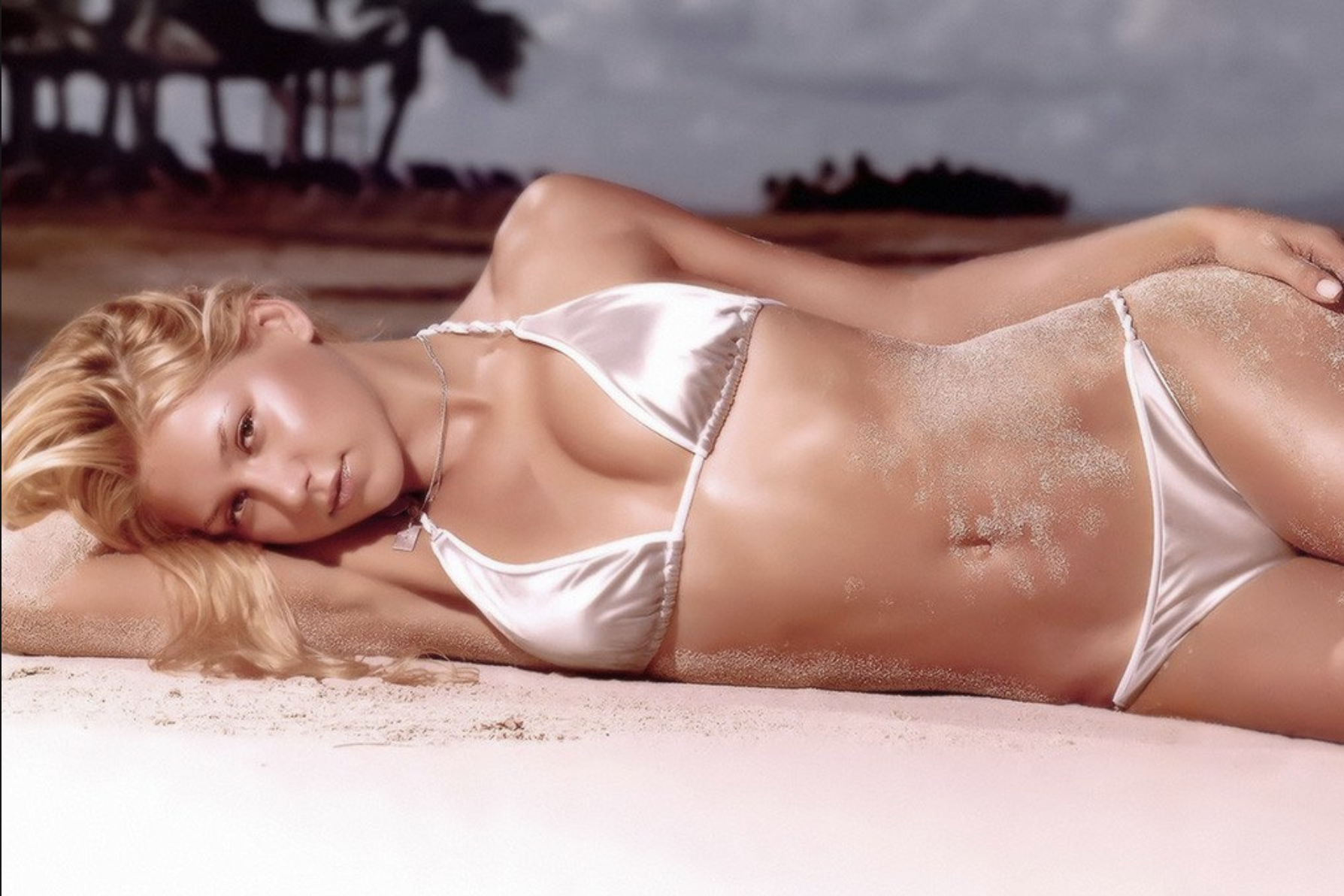 Despite never winning a singles title, she reached No. 8 in the world in 2000. She achieved greater success playing doubles, where she was at times the world No. 1 player. With Martina Hingis as her partner, she won Grand Slam titles in Australia in 1999 and 2002, and the WTA Championships in 1999 and 2000. They referred to themselves as the “Spice Girls of Tennis”. 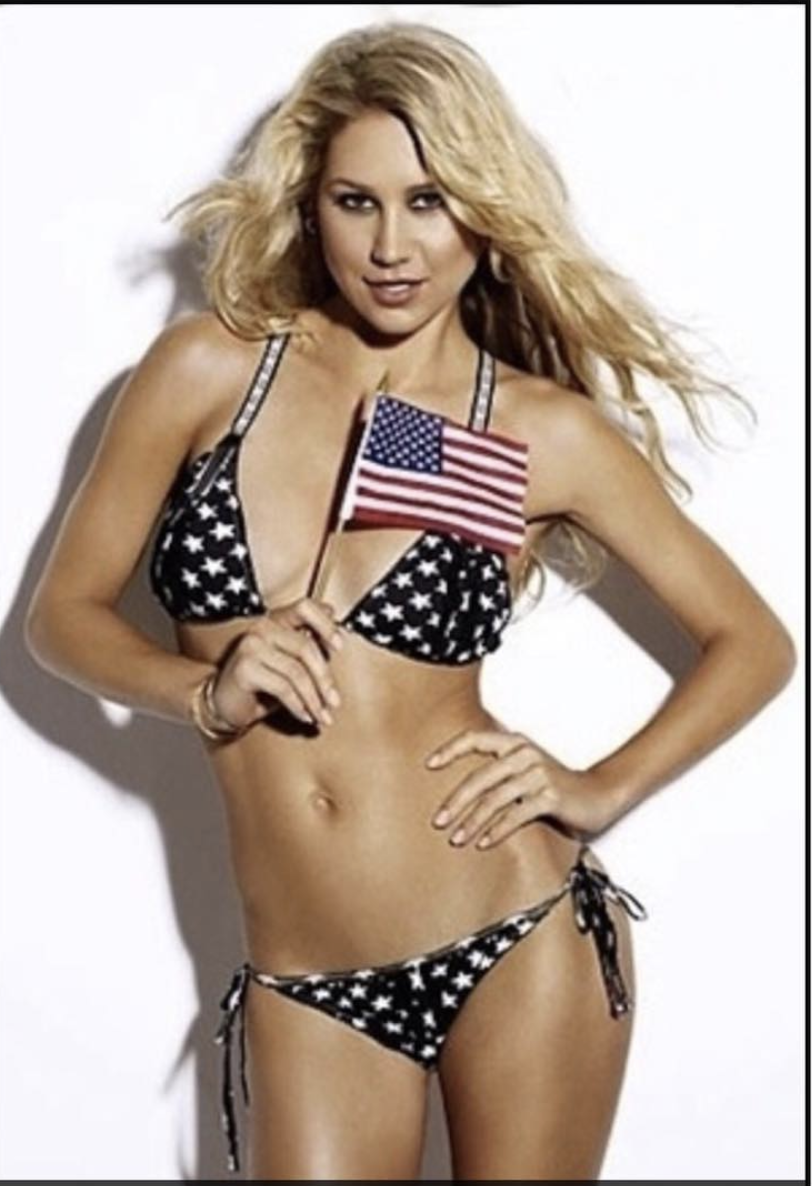 Kournikova retired at the age of 21 due to serious back and spinal problems, including a herniated disk. She lives in Miami Beach, Florida, and plays in occasional exhibitions and in doubles for the St. Louis Aces of World Team Tennis. She was a new trainer for season 12 of the television show The Biggest Loser, replacing Jillian Michaels, but did not return for season 13. In addition to her tennis and television work, Kournikova serves as a Global Ambassador for Population Services International’s “Five & Alive” program, which addresses health crises facing children under the age of five and their families. Following her arrival in the United States, she became prominent on the tennis scene. At 14, she won the European Championships and the Italian Open Junior tournament. She became the youngest player to win the 18-and-under division of the Junior Orange Bowl tennis tournament. By the end of the year, Kournikova was crowned the ITF Junior World Champion U-18 and Junior European Champion U-18. 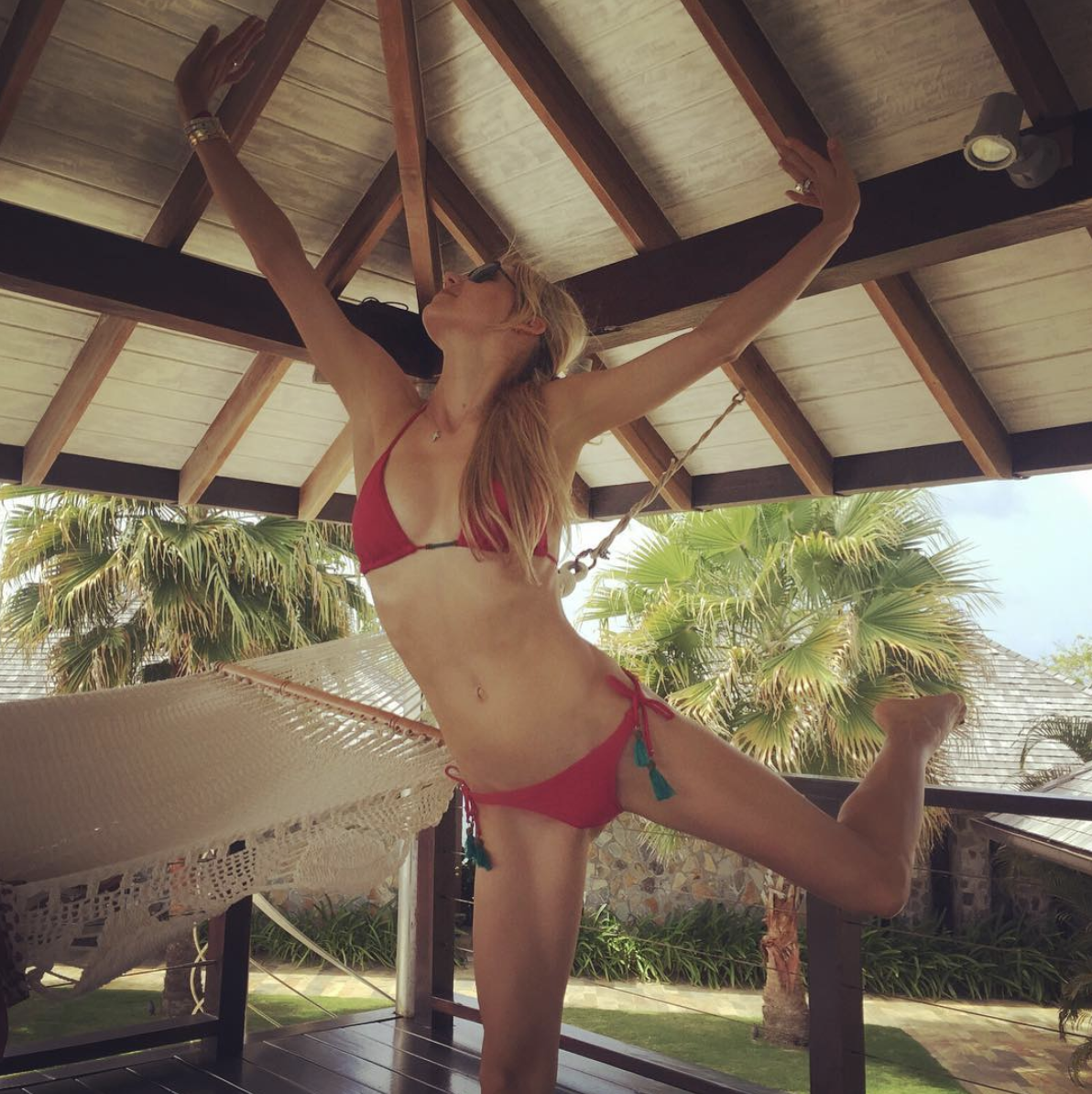 In 1994, she received a wildcard into ITF tournament in Moscow qualifications but lost to third-seeded Sabine Appelmans. She debuted in professional tennis at 14 in the Fed Cup for Russia, the youngest player ever to participate and win. In 1995, she turned pro and won two ITF titles, in Midland, Michigan and Rockford, Illinois. 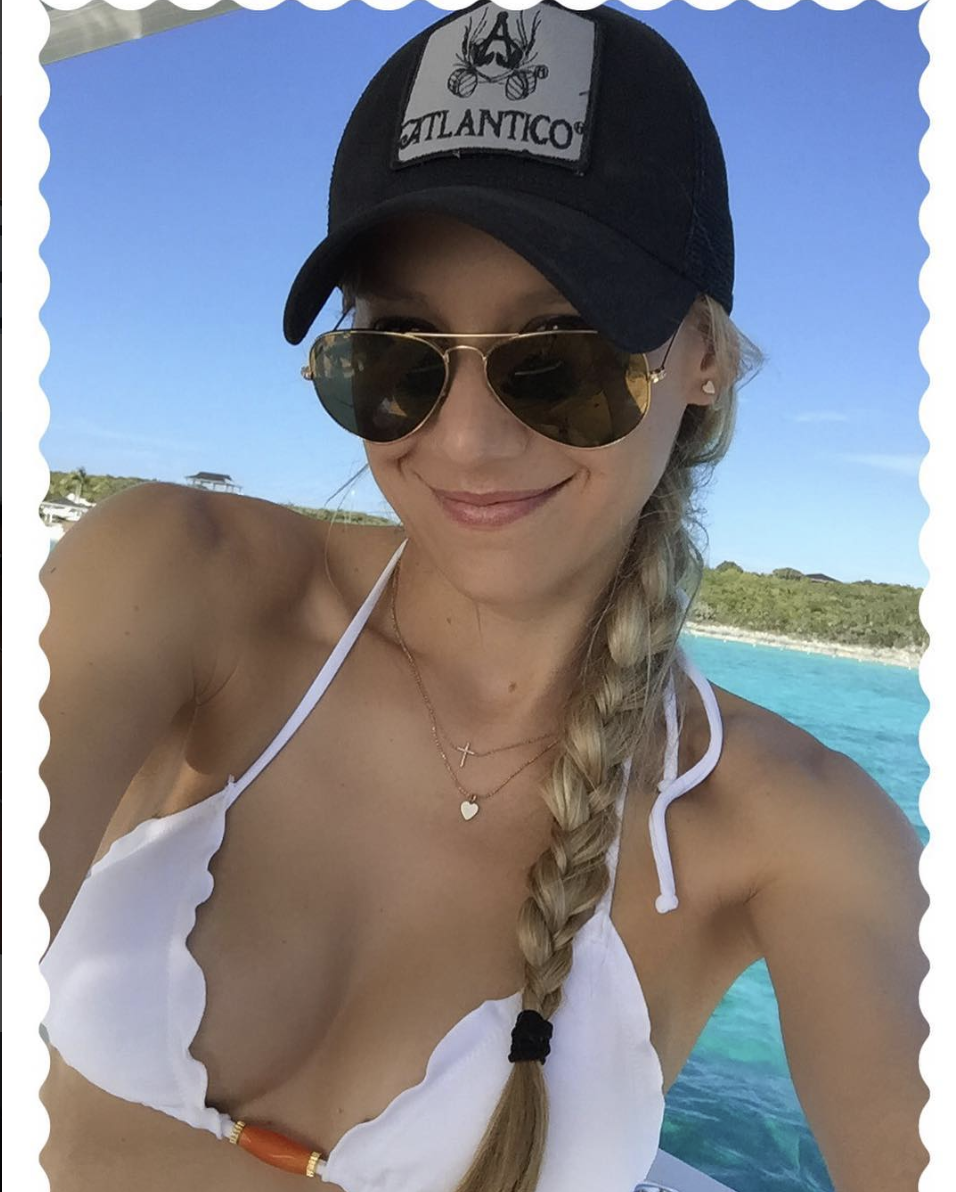 The same year Kournikova reached her first WTA Tour doubles final at the Kremlin Cup. Partnering with 1995 Wimbledon girls’ champion in both singles and doubles, Aleksandra Olsza, she lost to Meredith McGrath and Larisa Neiland. 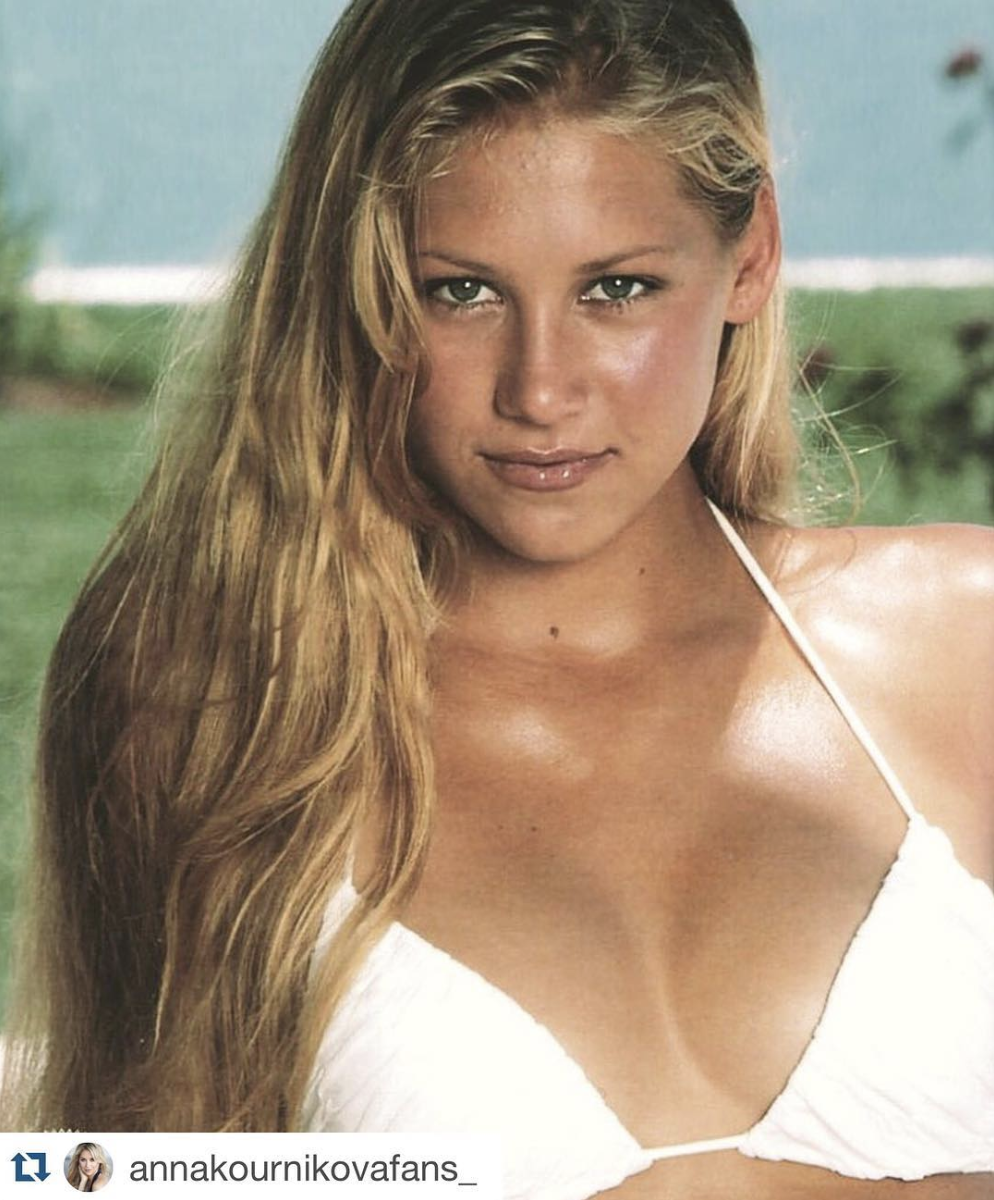 In 1998, Kournikova broke into the WTA’s top 20 rankings for the first time, when she was ranked No. 16. At the Australian Open, Kournikova lost in the third round to world No. 1 player, Martina Hingis. She also partnered with Larisa Neiland in women’s doubles, and they lost to eventual champions Hingis and Mirjana Lučić in the second round. Although she lost in the second round of the Paris Open to Anke Huber in singles, Kournikova reached her second doubles WTA Tour final, partnering with Larisa Neiland. They lost to Sabine Appelmans and Miriam Oremans. 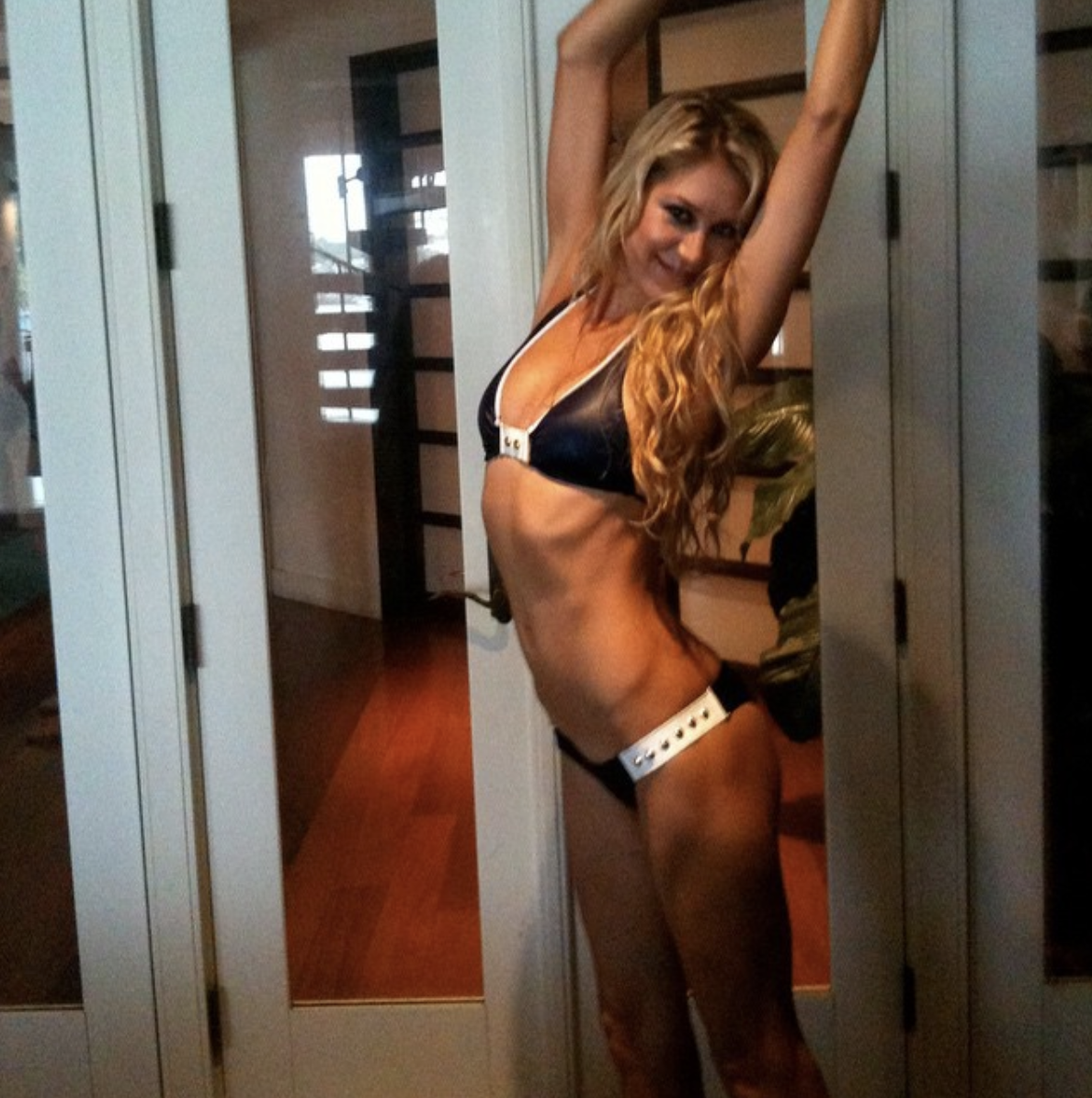 Kournikova and Neiland reached their second consecutive final at the Linz Open, losing to Alexandra Fusai and Nathalie Tauziat. At the Miami Open, Kournikova reached her first WTA Tour singles final, before losing to Venus Williams in the final. 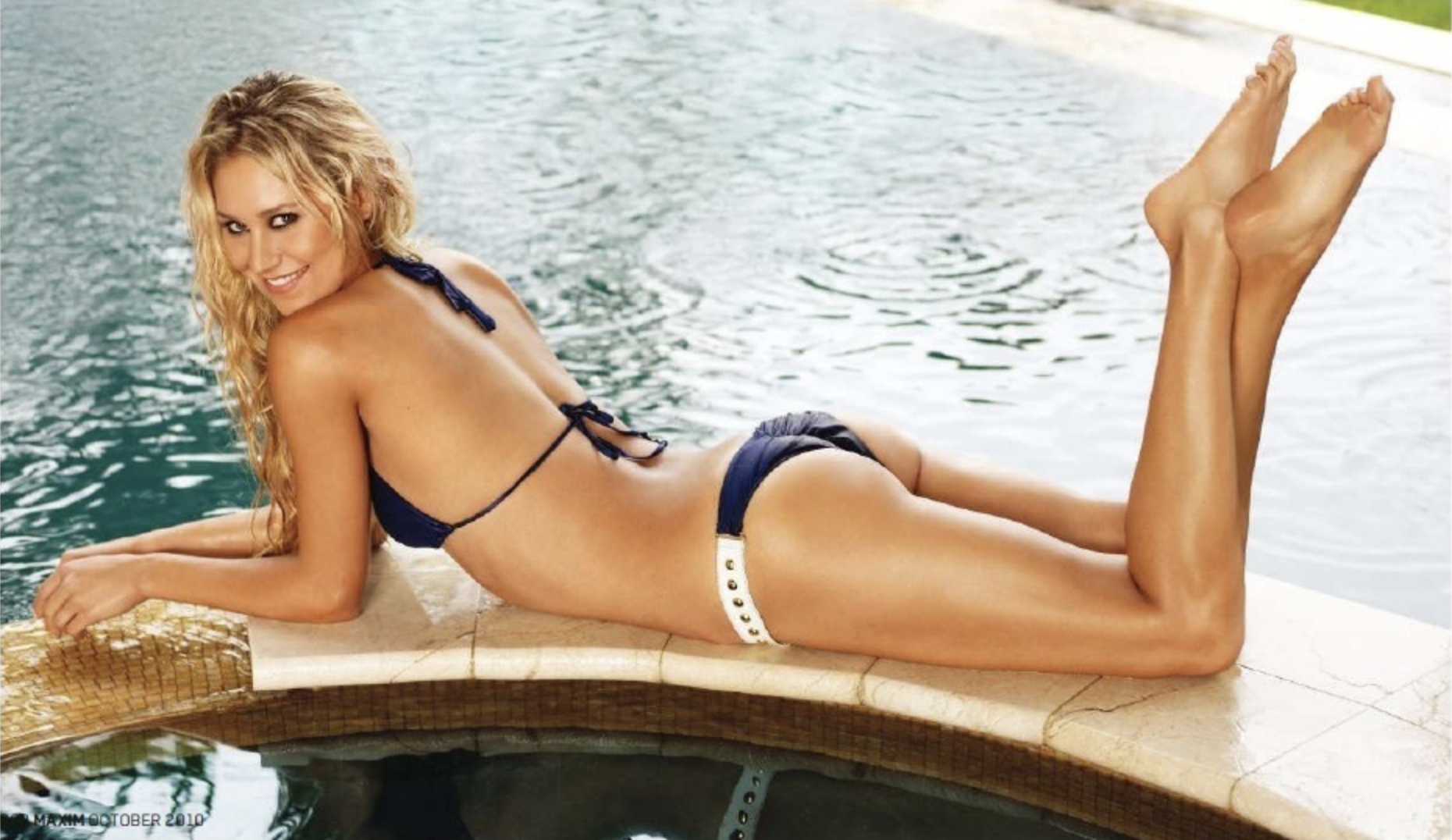 Her 2001 season was dominated by injury, including a left foot stress fracture which forced her withdrawal from twelve tournaments, including the French Open and Wimbledon. She underwent surgery in April. She reached her second career grand slam quarterfinals, at the Australian Open. 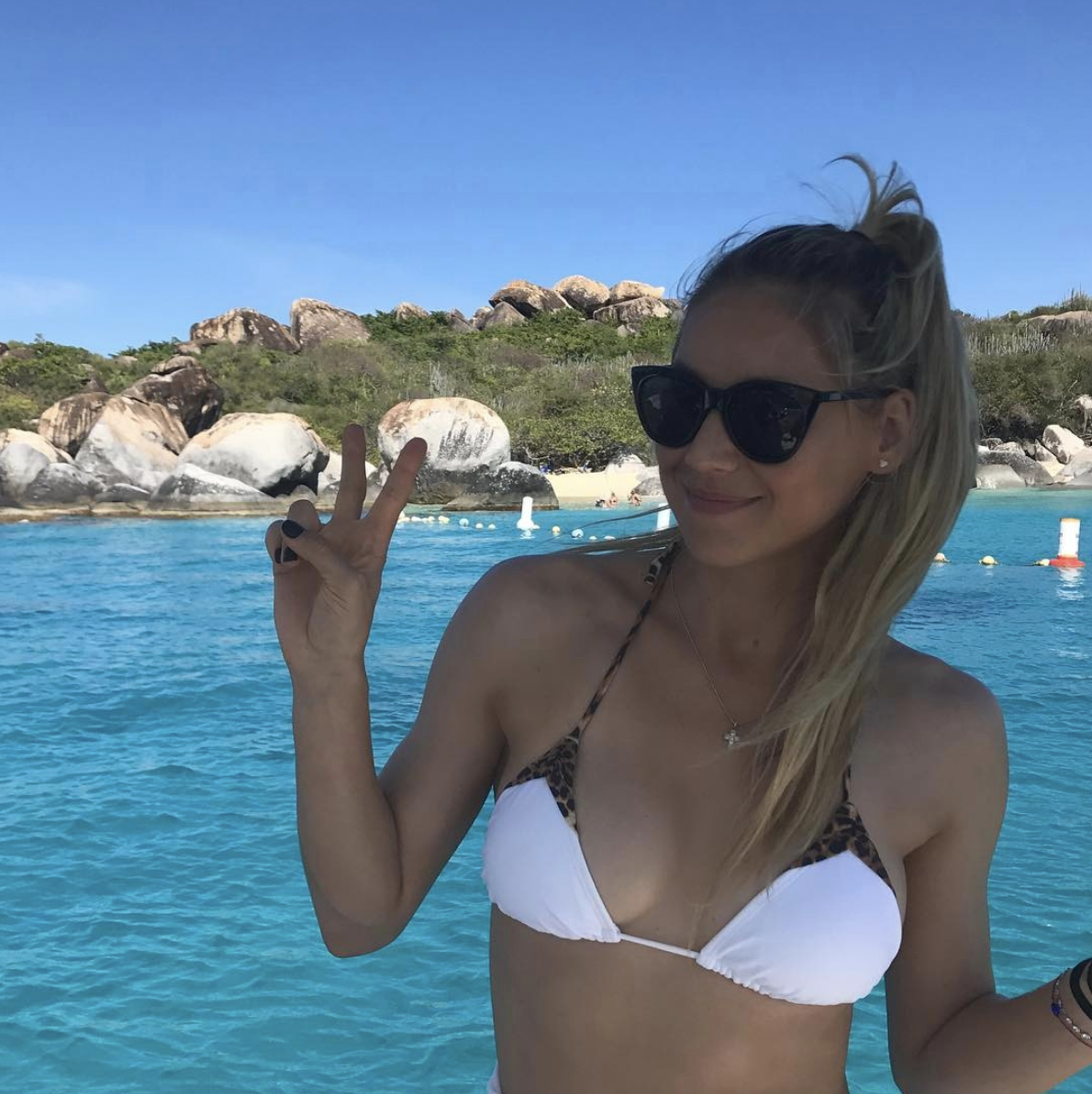 Kournikova then withdrew from several events due to continuing problems with her left foot and did not return until Leipzig. With Barbara Schett, she won the doubles title in Sydney. She then lost in the finals in Tokyo, partnering with Iroda Tulyaganova, and at San Diego, partnering with Martina Hingis. Hingis and Kournikova also won the Kremlin Cup. At the end of the 2001 season, she was ranked No. 74 in singles and No. 26 in doubles. 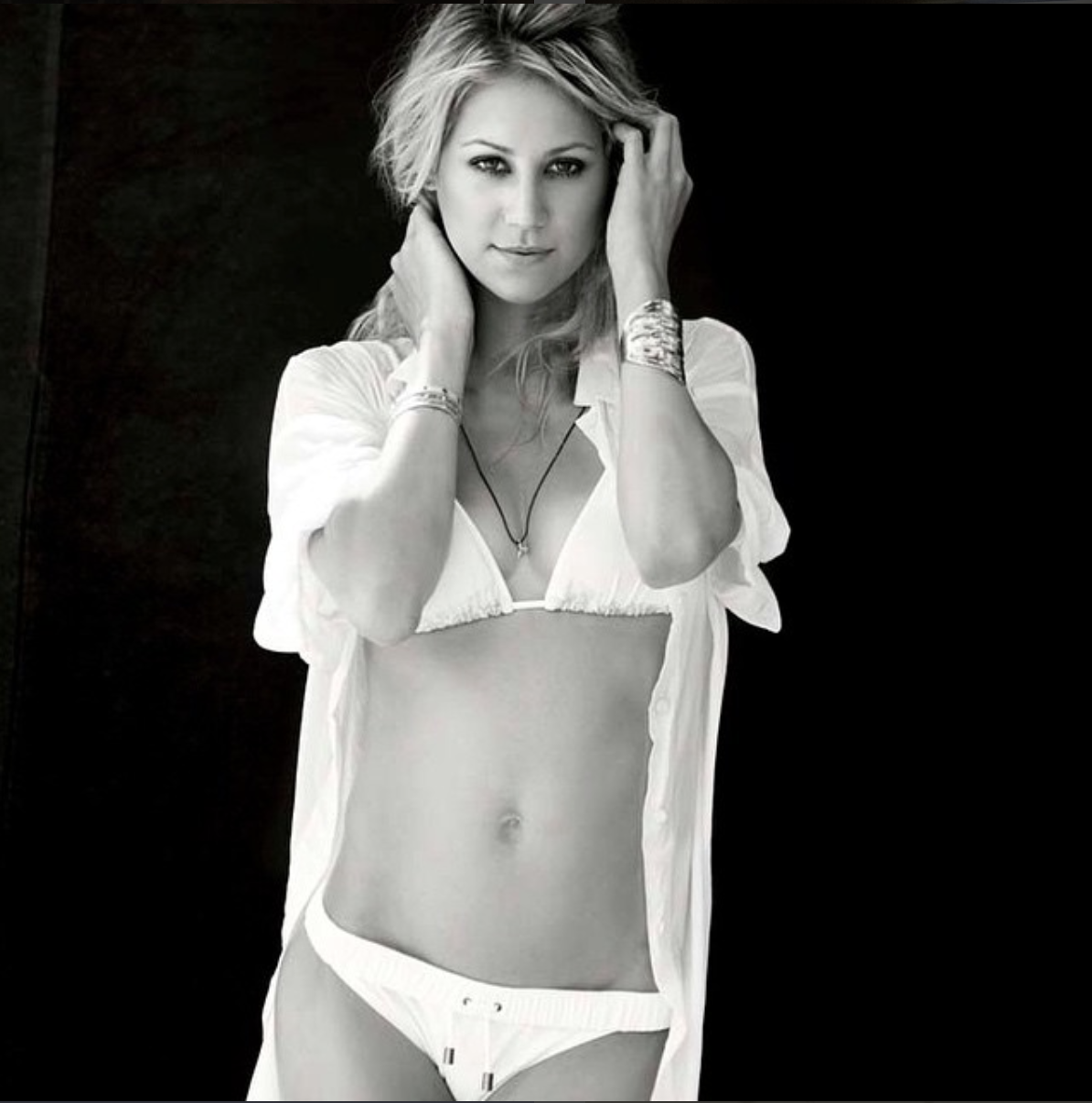 Kournikova has not played on the WTA Tour since 2003 but still plays exhibition matches for charitable causes. In late 2004, she participated in three events organized by Elton John and by fellow tennis players Serena Williams and Andy Roddick. In January 2005, she played in a doubles charity event for the Indian Ocean tsunami with John McEnroe, Andy Roddick, and Chris Evert. In November 2005, she teamed up with Martina Hingis, playing against Lisa Raymond and Samantha Stosur in the WTT finals for charity. Kournikova is also a member of the St. Louis Aces in the World Team Tennis (WTT), playing doubles only. 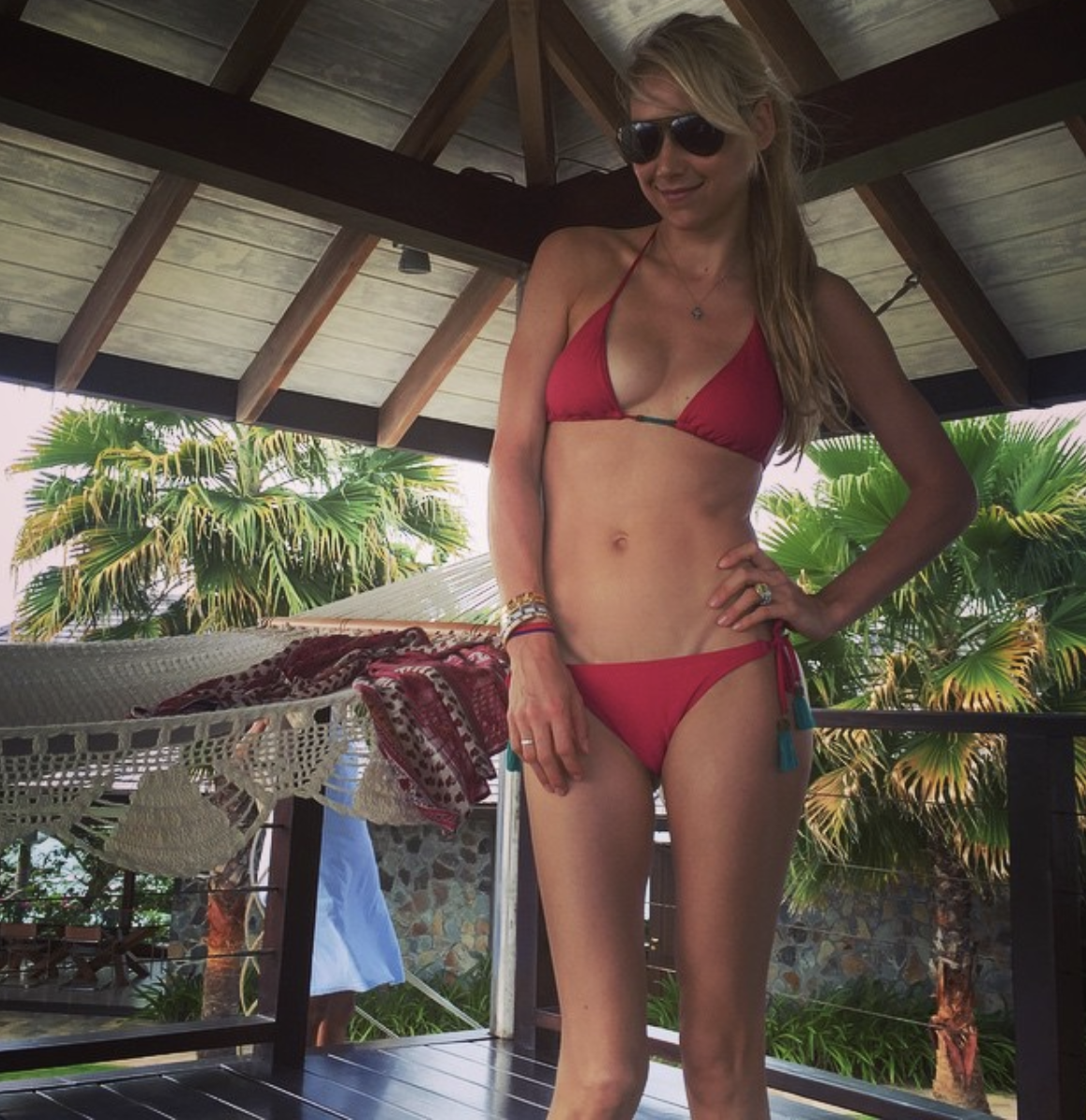 In June 2010, Kournikova reunited with her doubles partner Martina Hingis to participate in competitive tennis for the first time in seven years in the Invitational Ladies Doubles event at Wimbledon On 29 June 2010 they defeated the British pair, Samantha Smith, and Anne Hobbs. 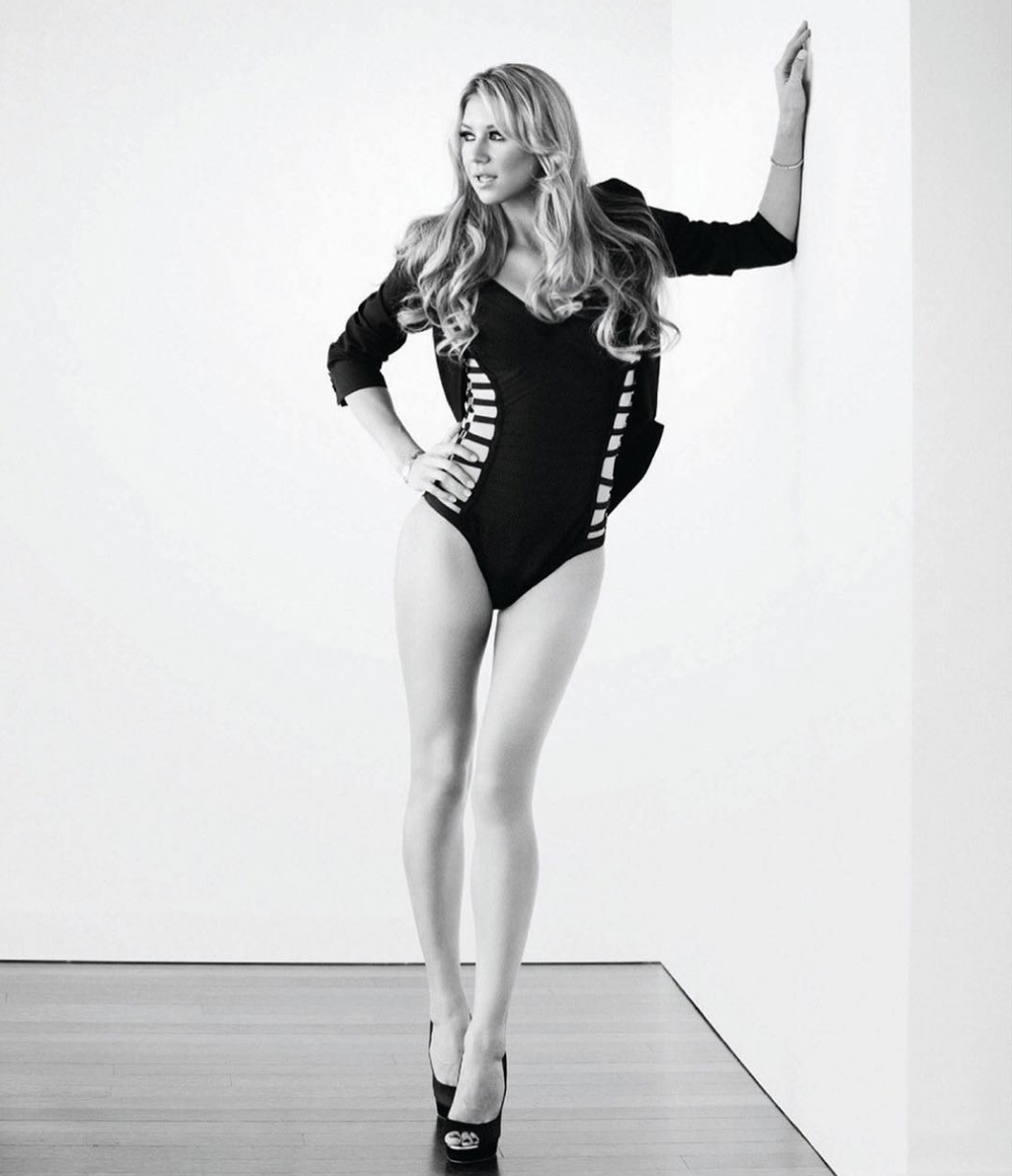 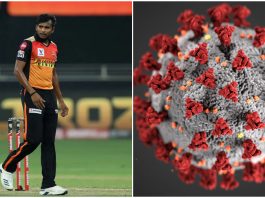 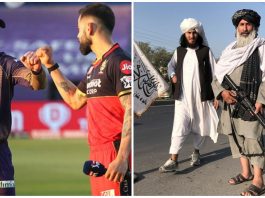 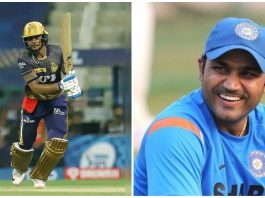 “If Subham Gill wants to be a successful batter, he needs...